The 2020 NFL Draft is finally in the books. And it was a pretty exciting draft — and a loaded one as well.

That rings especially true at wide receiver. The draft had a lot of prospects at the position, and quite a few of them were drafted in the seven-round event.

In fact, it was a pretty staggering number. When all was said and done, 37 (yes, 37) wide receivers were selected in the 2020 NFL. Joe Ferreira had the numbers.

Fifteen percent of all the players taken in the 2020 NFL Draft were wide receivers. That’s pretty crazy to think about considering how many positions there are to choose from.

The fact that wide receivers made up 15 percent of the draft when a number of those positions tend to fill so many spots is pretty incredible. And we’ll see even more signed in the upcoming days as undrafted free agents.

The first wide receiver taken in the 2020 NFL Draft was Henry Ruggs III out of Alabama. He went in the first round (12th overall) to the Las Vegas Raiders. 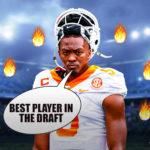 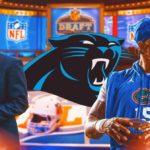 Meanwhile, the last wide receiver taken in the 2020 NFL Draft was Tyrie Cleveland out of Florida. He went in the seventh round (252nd overall) to the Denver Broncos.

It’s pretty fitting that the Raiders started the run on receivers and the Broncos ended it. Las Vegas took three receivers (also drafted Lynn Bowden Jr. and Bryan Edwards with back-to-back picks in the third round). And Denver took three as well. They added Jerry Jeudy in the first round and K.J. Hamler in the second round.

Wide receivers were a hot commodity in 2020. It comes as very little of a surprise with how much talent was at the position this year.