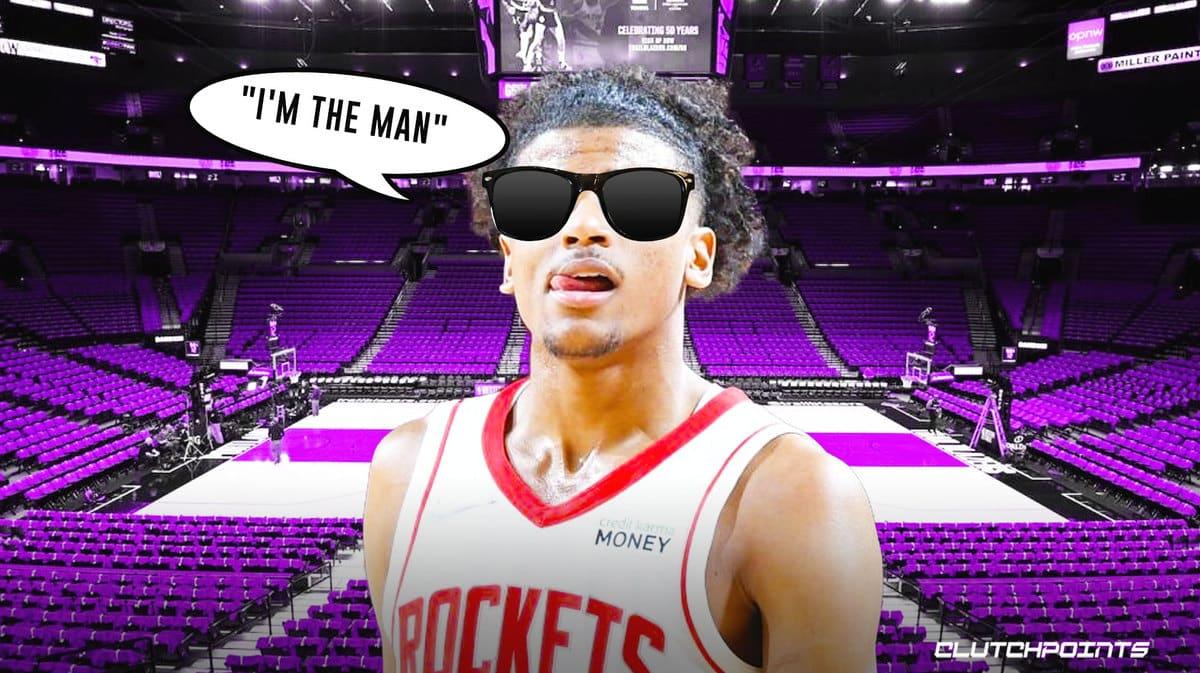 The Houston Rockets have undeniably endured a difficult 2021-2022 campaign. They are at the bottom of the Western Conference standings and are tied with the Orlando Magic for the worst record in basketball as of this article’s publication. However, star rookie Jalen Green recently shared some comments that will excite Houston fans.

Green, who was selected second overall by the Rockets during the 2021 NBA Draft, was asked during a press conference about what he has learned about himself during his rookie season. His confident answer speaks for itself.

Green is just 20 years old and averaging just under 17 points per game as a primary option on a lackluster team. He is clearly the future of this franchise. The rookie is also shooting over 42 percent from the field and over 34 percent from beyond the arc. Green is an exciting player to watch and Houston will look to build a contender around him in the near future.

Jalen Green then continued discussing the lessons he learned during his first NBA campaign with the Rockets.

“I just need to stay confident in myself. But yeah, that comes with playing in games and seeing it right in front of you, and it’s going to eventually slow down. But yeah, it’s gonna still come down to work.”

The Rockets have their guy for the future without question. In an otherwise forgettable campaign for the team, Houston has something to look forward too as Jalen Green continues to develop into an NBA superstar. The Rockets will look to conclude the season on a high note with Green leading the way.