Dejounte Murray wants to build championship team with Spurs, not run chase one in free agency

The 2018-19 NBA season may have ended sooner than the San Antonio Spurs had hoped, but it appears they may have gotten some long-term security from point guard Dejounte Murray.

Murray is among the notable players that are signed with Klutch Sports and has already started to deal with speculations about his future. And on Twitter, he made it clear that he intends to spend his career in San Antonio.

HELL NO, I Want To Be Here Forever, Thats Why I Work My Ass Off. Build Championship Teams Not Go Chase After Them!!!! 💯🤷🏽‍♂️ #GoSpursGohttps://t.co/CaOGNCpVhD

It is no secret that ring-chasing has become a bit of a phenomenon in the NBA in recent years. Star players from around the league team up to help greatly improve their chances of contending for a championship. This is why it is encouraging to see that Murray seems to be all-in on the Spurs’ current rebuild moving forward. 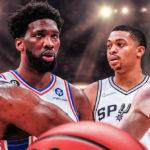 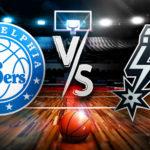 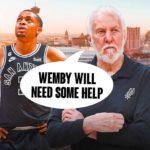 Moreover, this type of assurance from their young star will certainly go a long way as San Antonio looks to bounce back next season.

Murray is currently recovering from a devastating knee injury he suffered in the preseason. Prior to the injury, he had established himself as one of the most promising guards in the league after becoming the youngest player in NBA history to be selected to an All-NBA Defensive Team. This could be why there is concern that his agency may attempt to steer him to a bigger market. Fortunately, he is planning for the long haul in San Antonio.