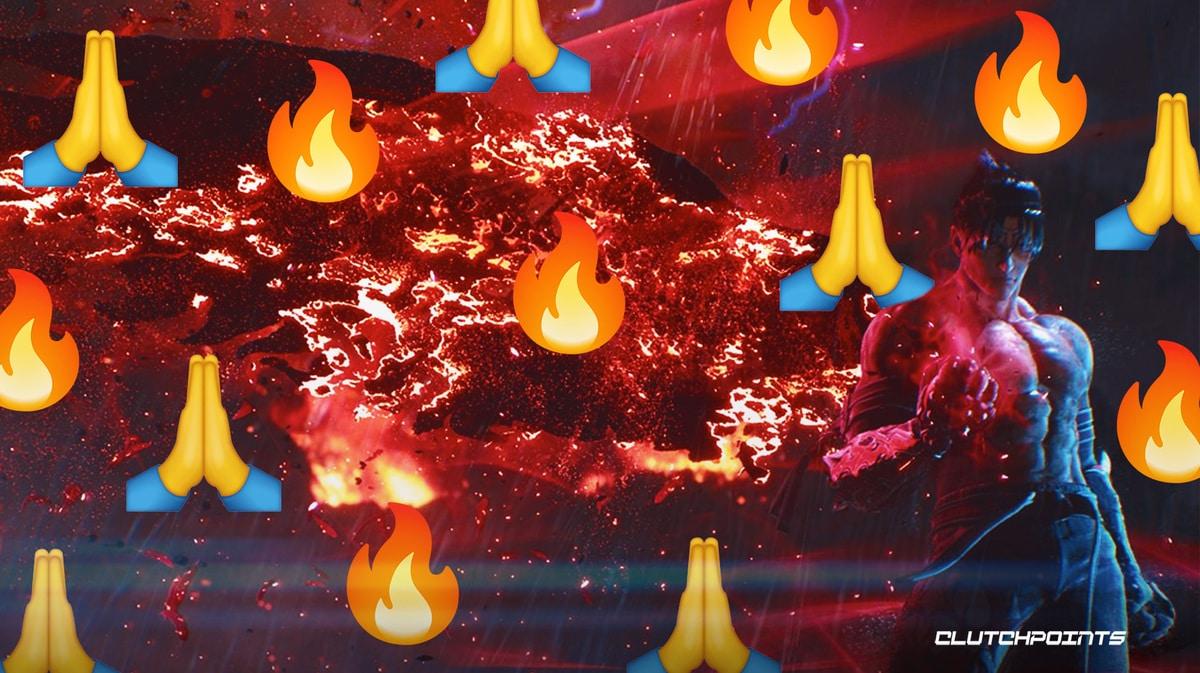 Get ready for the next battle! As if we needed more confirmation for Tekken 8, Katsuhiro Harada and Bandai Namco dropped another epic trailer during The Game Awards. The trailer featured several important characters, including a familiar face for the OG Tekken Tag Tournament 2 players out there.

While there’s no official release date for Tekken 8 yet, long-time fans have a long, LONG list of what they want implemented in the newest installment of the series. Some of them will be features introduced in Tekken 7. Others are changes that the community have asked for since time immemorial. Let’s take a look at some of these changes.

Perhaps the most sought-after addition to the Tekken series is a fully functioning rollback netcode for Tekken 8. Director Harada has said before that Tekken 7 has rollback netcode, but that isn’t really the case. Rather, the series implements a “delay-based netcode” for its online matches.

What are these terms, anyway? Rollback netcode, in a nutshell, is a system that predicts a user’s next input based on their last input. If the user picks a different option than predicted, the game “rolls back” to the previous state. Delay-based netcode, on the other hand, pauses the game whenever there’s a difference in inputs.

Harada has insisted that Tekken has rollback netcode, much to the dismay of fans. Here’s to hoping the team actually implements proper rollback netcode for their newest iteration.

This isn’t necessarily just a Tekken problem (all fighting games have this problem), but it’s still worth mentioning. Tekken 7 does have a tutorial system, but it’s… lackluster, to say the least. All it does is teach you basic movement and which buttons do things, and that’s it.

For casual gamers, that’s fine. But anyone who’s interested in actually getting better at the game won’t get anything useful for this sham of a “tutorial”. Concepts such as backdashing, crouch-blocking, block and whiff punishment, and juggle combos aren’t taught in the tutorial section. As a result, players have to go to online materials to learn the basics.

Tekken 8 should try and address this problem and give new players an actually good tutorial to teach them how to play the game right. They could even go one step further and add mini-tutorials for every character that introduces important moves to that character.

Bring Movement Back to Tekken 8

The beauty of Tekken can be seen when no player makes an attack. Often, high-level play features players dashing, back-dashing, and side-stepping to leverage themselves into a better position. It’s not uncommon to see guys not press a single attack button for a couple of seconds and just… threatening each other.

Over the last few patches, though, the balancing team has made a concerted effort to nerf movement options for players. Tracking moves have been significantly buffed, tightening the window for proper side-steps. Tekken’s point of emphasis nowadays is close-range combat a-la Virtua Fighter.

Let’s talk about guest characters in Tekken. Tekken 7 became the first game in the Tekken series to feature a character from a different game. Akuma’s inclusion in the main roster was intriguing, considering that his home game Street Fighter is a 2D game with projectiles. How would Akuma’s skillset translate to a 3D environment like Tekken’s?

The answer? Well, so good that it’s basically broken. Akuma’s damage potential was unrivaled in Tekken 7. As long as you had the execution to pull it off, you could easily take away three-fourths of your opponent’s life bar in one go. Naturally, fans didn’t like this broken mechanic. It didn’t feel like the Tekken that everyone grew up with. The same could be said for other guest characters in Tekken. Geese Howard (from King of Fighters) was also insanely broken, due to his wide array of moves and insane damage potential with max mode and meter. Noctis and Negan (from Final Fantasy and The Walking Dead, respectively) didn’t have meter, but both didn’t exactly play like Tekken characters either.

A big reason why Tekken 7 blossomed into a hugely popular game amongst fans was the slow-motion. Nowadays, slow-motion tends to be a bit overused and overrated. Sometimes, it’s unnecessarily used everywhere. In a fighting game like Tekken, though, the slow-mo feels natural. It also leads to intensely hype moments like this one.

There’s no reason for Tekken 8 to not have slow-motion. The first trailer actually had some slow-mo moments, which could indicate its return.