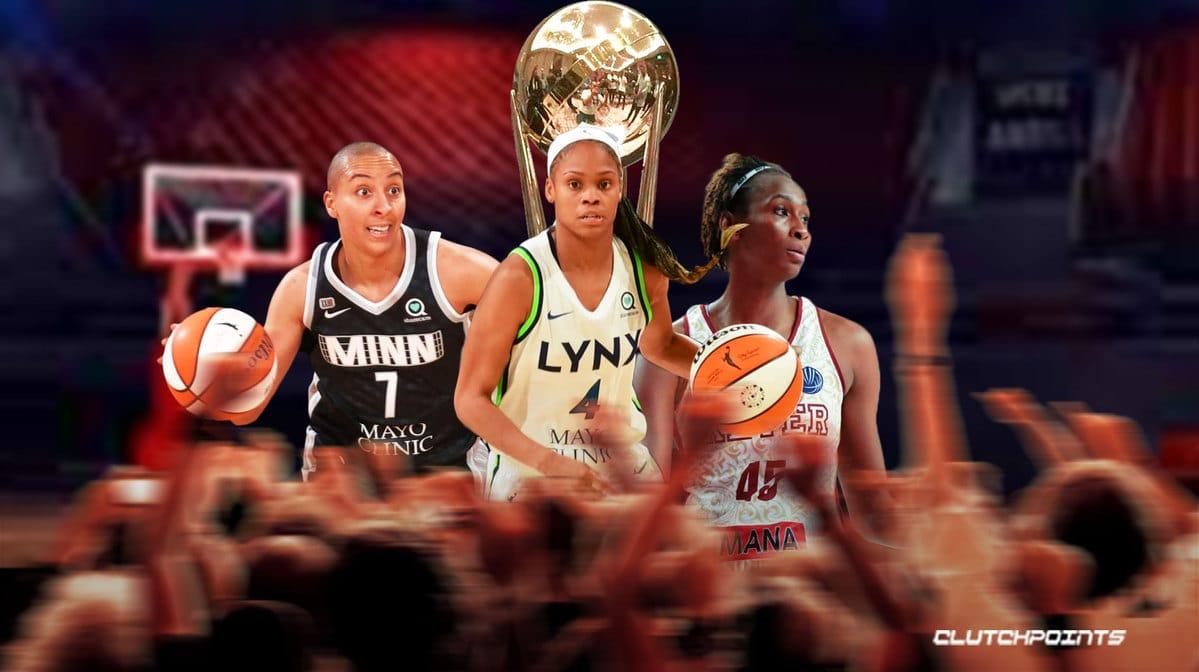 There are plenty of WNBA teams who need affordable top-end talent when free agency opens up in 2023. The Chicago Sky showed last season thinking outside of the box is vital when building on the fringes of a roster. Rebekah Gardner, who ended up being one of the best perimeter players in the league last year, hadn’t played a second in the WNBA after playing overseas for 10 years. She became a key piece to a contender’s rotation while only making $60,471.

Here are five WNBA veterans who can help teams vying for a championship in 2023.

Layshia Clarendon is one name to keep an eye on when free agency opens up in January. After their successful 2021 campaign with the Minnesota Lynx, Clarendon dealt with injuries last season that kept them out for the entirety of 2022. However, there should be one team out there willing to bet on them.

The Lynx looked lost in 2021 before the team signed Clarendon halfway through the season. In an offense in desperate need of a point guard to stabilize it, Clarendon was able to lead the Lynx to the 3rd seed in the playoffs. They ended up getting hurt and the Lynx lost to the Chicago Sky in the second round of the postseason after Courtney Vandersloot, Clarendon’s primary assignment, torched Minnesota.

The days of Clarendon being an impact are not quite in the rearview mirror. Contenders should consider them for their backup point guard vacancies.

Speaking of guards who rejuvenated their careers with the Minnesota Lynx, Jefferson proved last season she has a lot left in the tank. After getting waived by the Dallas Wings, Jefferson signed on with the Lynx and quickly made an impact. She got the nickname “Ms. Triple-Double” and even tallied one against the Wings weeks after she was released by them.

Injuries got in the way of Jefferson finishing the 2022 season but there are plenty of teams who can use a scoring combo guard. Depending on the contract she is looking for, a team like the Connecticut Sun would be a great fit for her as she tries to find a new home.

Peddy is not just a great story coming out of the 2021 playoffs. The veteran guard was one of the few bright spots coming out of Phoenix last year. Peddy averaged 14.8 points per game and knocked down 39% of her seven three-point attempts per game in the last six contests in the regular season. She has plenty left in the tank and if Phoenix is willing to waive their rights to her as a restricted free agent in order to free up cap space, Peddy is someone who can contribute to any contender next year.

Stokes has to be one of the most interesting free agents heading into January. She’s not one of the top free agents on the market but her importance to Las Vegas’ defense is not unsubstantial. From Aug. 1 onward, the Aces had a 101.1 defensive rating with her on the floor compared to a 109.0 defensive rating with her off it. Stokes’ offensive shortcomings is what make her hard to value when free agency opens up. After extending their core throughout the season last year, Stokes won’t get the $115,000 contract she got last January.

However, at the right price, Stokes’ ability to guard some of the best centers in the league is of value to someone in the WNBA. It just depends on who is willing to pay it.

Ndour-Fall hasn’t played in the WNBA since 2021 and is a name that some may have forgotten since she excelled with the Sky in 2019. However, her stretchability at the five is worth it for WNBA teams to check in on her. Ndour-Fall struggled to shoot from beyond the arc when with the Sky in 2021 but is a career 32% three-point shooter. Whether she is willing to come back to the WNBA is a different story (especially given the league’s new prioritization rule) but if she is, Ndour-Fall could help teams looking for flexibility in the front court.