Trae Young cards are back from the dead after Game 1 stunner vs. Knicks

It wasn’t too long ago when the market paid little attention to Trae Young. Card enthusiasts seemed to sour on the young star after the Atlanta Hawks slumped during the first half of the season. As a result, Ice Trae’s value steadily declined over the past few months.

That isn’t the case this week as Trae Young got his first taste of postseason action against the New York Knicks. We take a look below where he was before in the card market from a price perspective and how the Hawks’ victory has brought his stock back from the dead.

Right before the All-Star break, the Hawks had a disappointing 14-20 record, which placed them right in the bottom half of the Eastern Conference. This trend caused the Hawks’ front office to replace Pierce with Nate McMillan as the team’s interim head coach before the second half od the regular season commenced.

This change of leadership caused the Hawks to rise in the standings. Under McMillan, Atlanta achieved a 27-11 record, placing them fifth in the East right before the playoffs. For his part, Young averaged 25.3 points, 9.4 assists, and 3.9 rebounds before the regular season ended.

Even though the Hawks improved their standing and Young posted respectable numbers, his value didn’t reflect those positive factors until May. In a report by Slabstox, the All-Star’s PSA 10 base Select Courtside Level card was valued at $901. This price is a far cry from its peak months earlier when it was selling at $2,700.

Just this week, the Atlanta Hawks drew first blood against the New York Knicks in the first-round matchup. In that game, Young made a promising playoff debut by hitting the game-winning shot to seal the 107-105 victory. The shot was as clutch for the Hawks as it was for Trae Young card collectors. 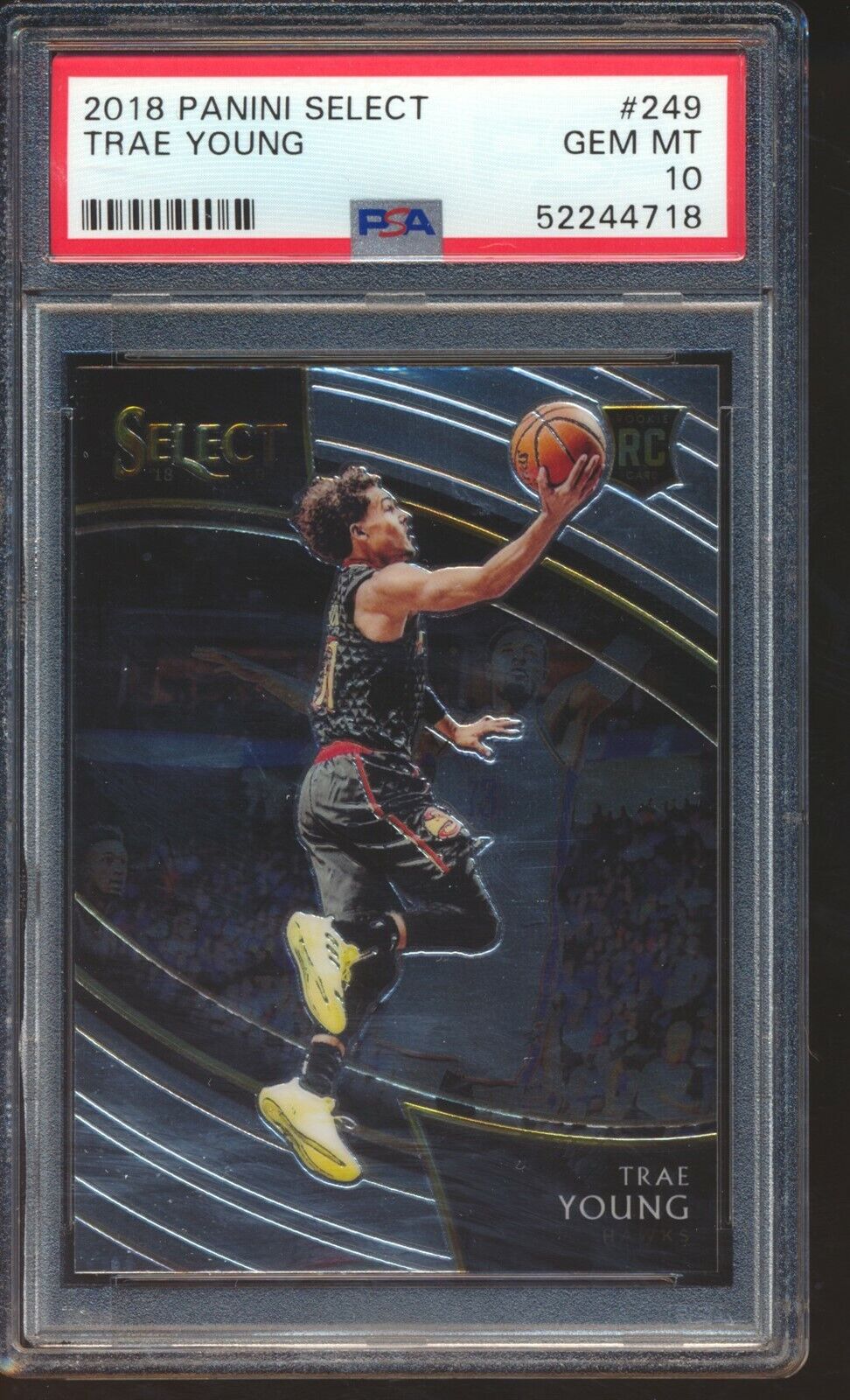 As expected, the market reacted favorable to Young’s first foray into the postseason. His PSA 10 base Select Courtside Level rookie card, the same one valued at $901 earlier this month, is now selling for $1,083. Meanwhile, the silver variant of this card, went up from $1,725 at the end of April to $3,751 this week.

Keep in mind that this jump is influenced by Young’s very first playoff game. If he manages to play better in the succeeding games, or even proceed to the second round, his stock in the market will certainly go insane. Be on the lookout for great Trae Young rookie card deals and his on-court performance against the Knicks to help you plan your investments accordingly.