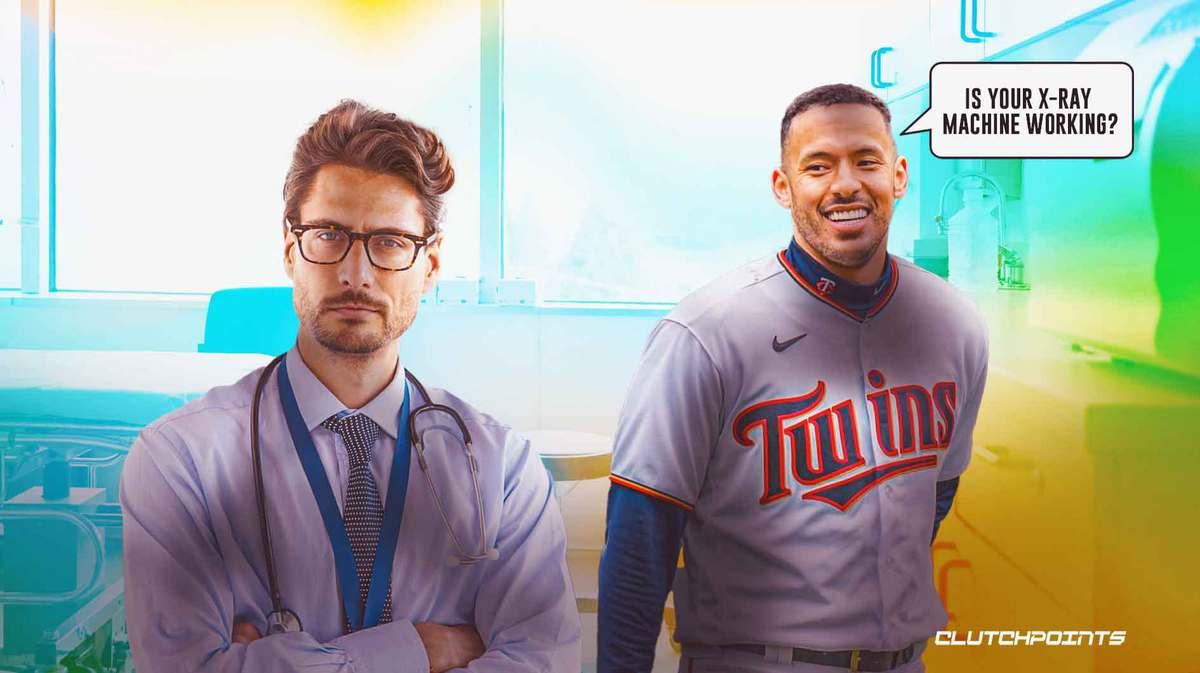 On Thursday, the Minnesota Twins appeared they suffered a huge blow. Twins shortstop Carlos Correa was hit by a pitch twice against the Orioles. After the game, he had some preliminary tests done. The early imaging suggested that Correa’s right middle finger may have a non-displaced fracture. Were that the case, the Twins infielder would have missed a month and possibly longer.

However, on Friday, Correa had a CT scan which revealed that there actually is no fracture.

Carlos Correa does not have a fractured finger. Bruised and sore. #MNTwins

Twins manager Rocco Baldelli told the media that the finger is bruised and dealing with swelling. He is not expected to go onto the IL. That’s a huge sigh of relief for Minnesota and their fans.

Even Correa himself showed how relieved he was on social media.

The Minnesota Twins have been one of the biggest early surprises this baseball season. Entering play Friday, the Twins sit atop the American League Central at 15-11. There was certainly some optimism heading into the 2022 season, after offseason acquisitions of Carlos Correa, Sonny Gray, Gary Sanchez and Gio Urshela. But being in first place at the end of April seems even far-fetched for the Twins. Yet, there they are.

The Twins infielder will likely miss the next few games as the swelling subsides. But that’s a far cry from missing 4-6 weeks.

Minnesota will open up a nine-game home stand on Friday against the Oakland Athletics. So, if ever there is a series Correa has to miss, a home set against the worst lineup in baseball would do the trick.