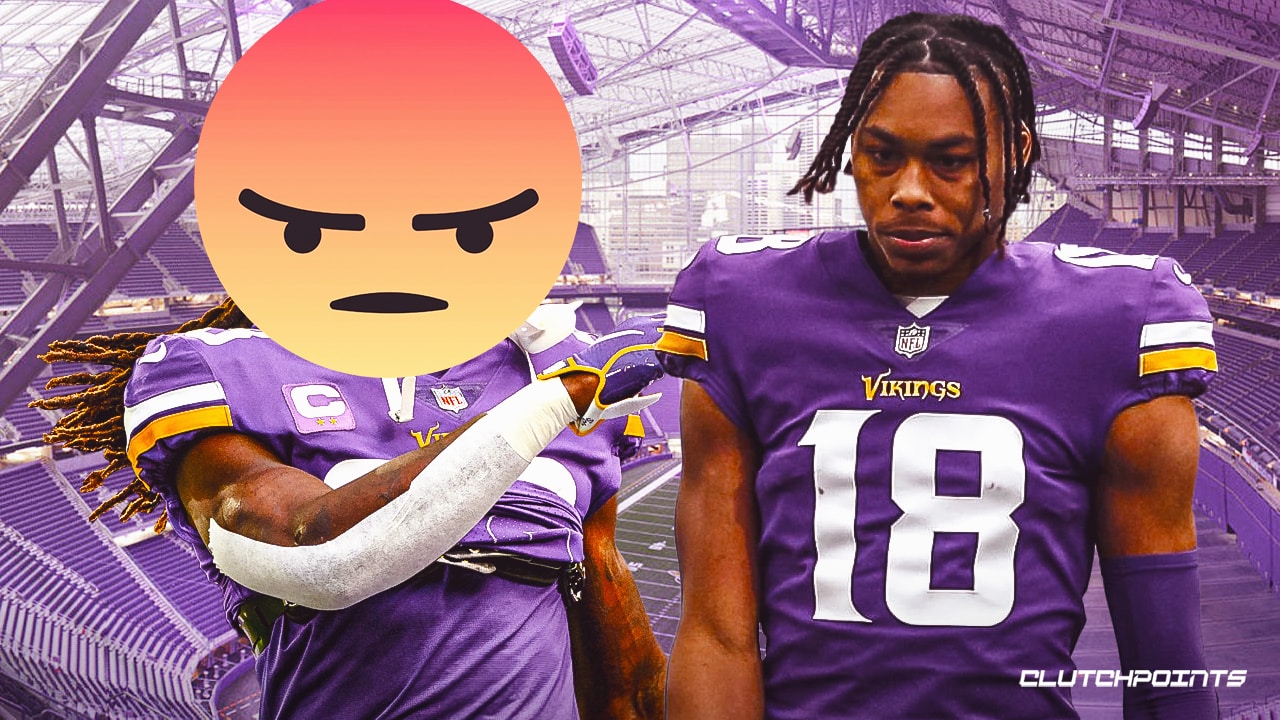 Dalvin Cook is clearly one of the best running backs in the NFL. Ever since the Minnesota Vikings handed him the starting role in 2019, Cook has been a force to be reckoned with. He’s made the Pro Bowl in each season he’s been a starter, while also eclipsing the 1000 yard mark in each season despite never playing a full slate of games.

Cook is undoubtedly great, but where does he rank among the rest of the top running backs in the league? According to Madden 23, Cook is the fifth-best running back in the league right now, with Derrick Henry, Nick Chubb, Christian McCaffrey, and Jonathan Taylor all coming in ahead of him.

According to Cook’s teammate Justin Jefferson, Cook is upset that he is only the fifth-best running back in the game, and he believes he should be ranked higher on the list. Jefferson believes that Cook will be on a mission to prove that he belongs higher up on the list, and that may be a scary thought for opposing defenses.

#Vikings WR Justin Jefferson on Dalvin Cook being ranked No. 5 RB in the NFL by Madden and others. "He's mad about that. He might not say it, but I know he feels some type of way about it.” Cook is taking the high road. "It’s not where you start, it’s where you finish," he said.

Cook may have a bit of a point in being upset with his Madden ranking. There’s no doubt that Chubb and Taylor had better 2021 campaigns than him, but Henry and McCaffrey both struggled with injuries last season, as did Cook. McCaffrey in particular has barely been on the field over the past two seasons, making him a curious choice to put ahead of Cook heading into the 2022 season.

It appears as though Dalvin Cook is on a mission to prove he is a top three running back in the league this season, and opposing defenses better take note. Cook is already dangerous as is, but give him some bulletin board material, and he may be set to put together a monster 2022 campaign.