Alex Smith has made long-awaited return to the football field.

After suffering a devastating leg injury in November of 2018, the Washington Football team quarterback has appeared in his first game in two years. The 36-year-old veteran quarterback made his season debut against the Los Angeles Rams after starting quarterback Kyle Allen suffered an injury during a helmet-to-helmet collision.

Smith’s injury wasn’t only career-threatening — he could have lost his leg. He underwent 17 surgeries and had multiple stays in the hospital over a nine-month period. Amputation was a definite possibility due to the severity of Smith’s left leg injury.

As his wife Elizabeth explained, Smith’s leg injury wasn’t a sports injury — it was comparable to a military injury. 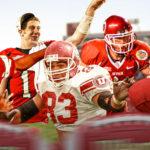 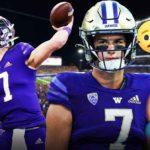 “The way that the doctors explained it to us, he no longer has a sports injury,” Smith’s wife, Elizabeth, said. “He has what would be more comparable to a military injury. He has a blast injury.”

And now, less than two years later, he is back on the football field.