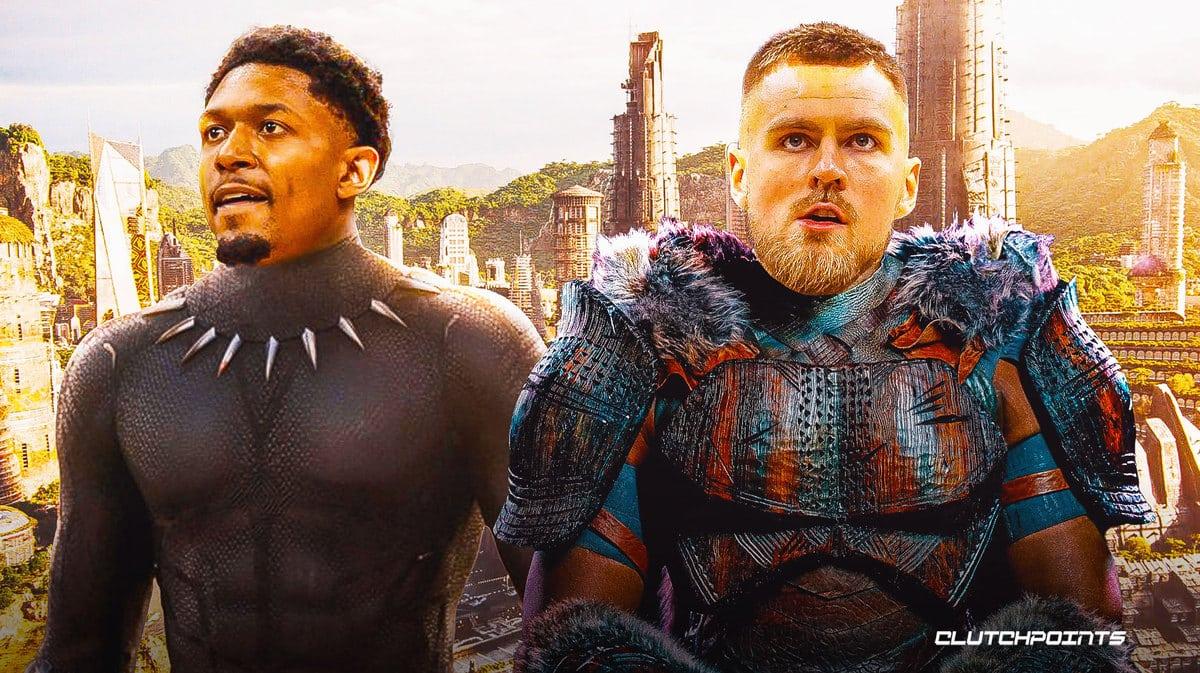 The Washington Wizards came up with a huge win on Wednesday night as they took down a Joel Embiid-less Philadelphia 76ers in their own home floor. Bradley Beal and Kristaps Porzingis came up with another strong performance as a duo, combining for nearly half of the Wizards’ points in their 121-111 victory against the Sixers.

Porzingis went off for 30 points on a highly-efficient 9-of-13 from the floor and 11-of-11 from the charity stripe. He also amassed nine rebounds, three assists, a steal, and three blocks in 34 minutes of action.

Beal, on the other hand, poured in 29 points on 11-of-17 from the field, to go along with two rebounds, five assists, and a triple. After the game, the Wizards All-Star shooting guard just had to send out a bold warning to the rest of the league amid his blossoming partnership with Porzingis:

“[Porzingis has an] ability to be able to stretch the floor, shoot the ball at a tremendously high clip,” Beal said, via Bijan Todd of NBC Sports Washington.

“Teams gotta make a choice, man. If a big is gonna switch out on me, I can go by the big, I can get whatever shot I want. And if a small is gonna be on him, he can literally stand over you and shoot the ball, so like Doc [Rivers] said, man, we’re gonna be a duo to reckon with.”

Beal says he and Porzingis are so tough to guard because "teams gotta make a choice, man." 😤 pic.twitter.com/OTlKxjCWw3

This was exactly the case on Wednesday night as the Sixers just had no answer for Beal and Porzingis, especially with Embiid out of the picture.

For his part, Bradley Beal is confident that this is just the beginning for the Wizards’ new dynamic duo:

“We’re just steadily just getting our momentum going, we’re getting our legs up under us,” Beal said. “Getting our camaraderie better and he has two good games back-to-back, we just gotta keep it going.”