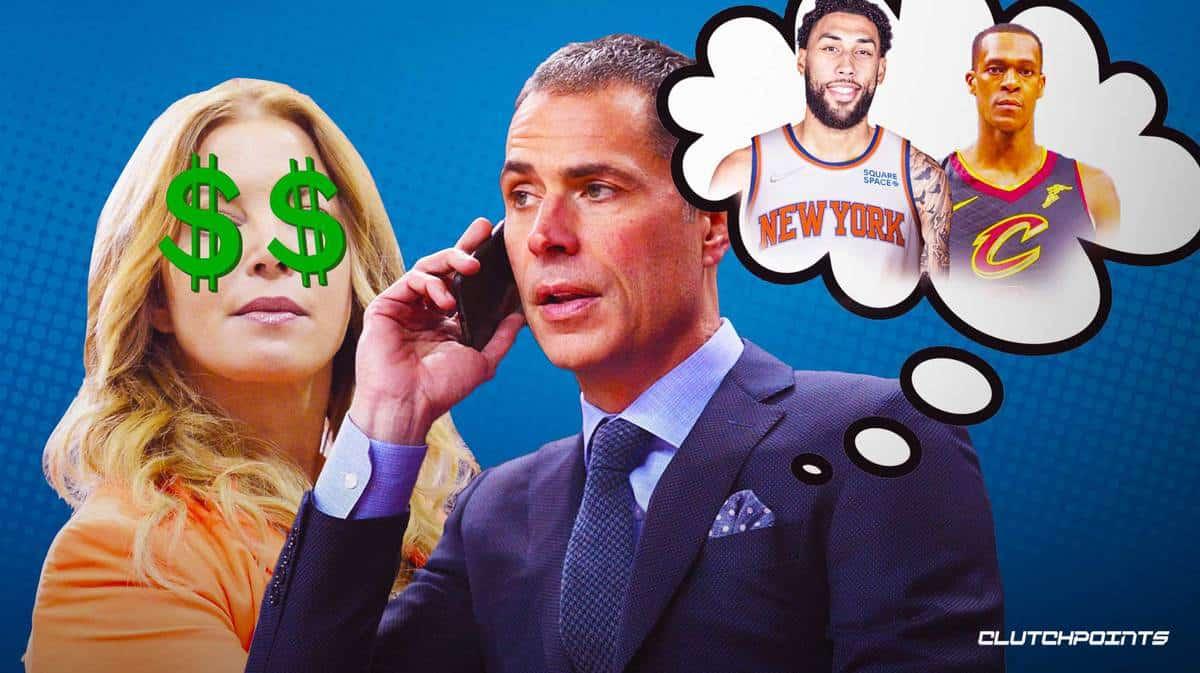 The Los Angeles Lakers finalized a trade that will send Rajon Rondo to the Cleveland Cavaliers. The deal was initially reported on Friday — while Rondo was still in health and safety protocols — and was officially announced by the Lakers on Monday. In the end, the trade turned out to be a three-team deal involving the New York Knicks.

Here are the final details:

Rondo, who played an integral role in the Lakers’ 2020 championship run, had fallen out of the Lakers’ rotation. He had essentially become a player/coach — more valuable in the film room than on the court. Now, the 35-year-old will get an opportunity to see significant playing time for an upstart playoff contender who just lost their key veteran point guard, Ricky Rubio, for the season.

OK, with that context, let’s highlight a few takeaways from this relatively minor deal, from a Lakers perspective.

The main appeal of this trade for the Lakers was to open a 15th roster spot.

The Lakers signed multiple players — Stanley Johnson, Darren Collison, Jemmerio Jones, Isaiah Thomas — via the 10-day hardship exception as they dealt with a handful of players in COVID-19 protocols. Now, with everybody (thankfully) out of protocols, the Lakers are unable to use a hardship.

They’ve already let the Collison, Jones, and Thomas contracts expire, but would still have been one player over the limit had Rondo remained on board. Rob Pelinka was able to recoup some value for a non-rotation player rather than waive somebody outright.

The Lakers can now re-sign Johnson — whose proven quite useful — or keep a spot open for a buyout candidate later on.

We know the Lakers care about every luxury tax dollar (see: Caruso, Alex).

By including the Knicks in the deal to take Valentine, the Lakers will clear themselves of his and Rondo’s remaining money. Because they aren’t taking back any salary, the Lakers will drop down a tax bracket — amounting to approximately $4 million in luxury tax savings.

They’ll also get a $1.7 million trade exception, which could come in handy at the deadline.

Lakers getting off Rajon Rondo without taking back salary would knock them down one luxury tax bracket and save $7M. Would also create a $1.7M TPE.

Cleveland can acquire Rondo without trading anyone but would have to waive someone first since they’re at 15 players. https://t.co/jlyW0KMEcf

If the Lakers do sign Johnson for the season, he’ll cost about $3 million less, including luxury tax, than Rondo would have.

3) Who is Louis Labeyrie, anyway?

He played some Summer League for the Knicks but has never gotten a chance in the NBA.

Louis Labeyrie played on the summer Knicks a few times in the mid 10s but never stuck https://t.co/OAABd59LFgpic.twitter.com/VfqBhZzcwr

The 29-year old has played for Valencia Basket since 2018. He’s averaged 7.3 points and 4.8 rebounds during his professional career overseas.

No one: "Either you get this rebound or someone will shoot you!"
Louis Labeyrie: pic.twitter.com/55zKqPAwYH

A nice feed from Kalinic 👀

I haven’t crunched a ton of Labeyrie tape, but he’s apparently the most motivated free-throw rebounder in EuroBasket history, so there’s that.

You know how some players just stand during Free Throws… NOT this guy!!! @Louis_Labeyrie of @valenciabasket is BY FAR the most active, relentless and entertaining player you’ll ever see on the lane. #ComeGetSome! pic.twitter.com/BSOjvZxRHF