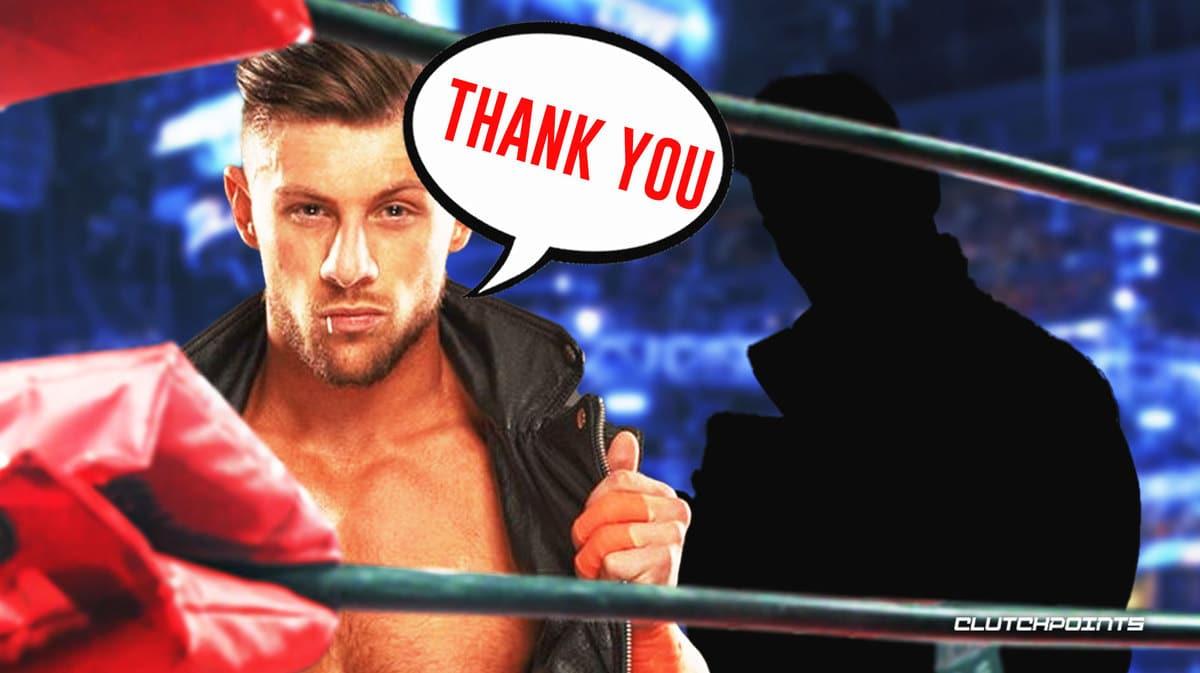 For a year, Kip Sabian got more television time than any other member of AEW. Now sure, technically, Sabian didn’t use that television time wrestling matches, managing his wife, Penelope Ford, or even cutting promos, but it was almost impossible to tune into Dynamite, Rampage, or either of the YouTube Dark shows without seeing Sabian’s face… or, at least the face he drew on his giant box head.

That’s right, after getting wrecked by Miro – remember him? – when their friendship came to an end, Sabian disappeared from the television for a time before attempting a radical re-design of his character by taking away basically everything people recognized about his character, his haircut, his promo style, and his face entirely in favor of becoming an omnipresent character with exaggerated features and a never-blinking stare.

Surely this was building up to something big, right? Sabian was going to take off the mask, shoot his shot, and become a champion with an expansive reign, right?

… yeah, not so much; Sabian did shoot his shot, challenging fellow UK product PAC for his then-All Atlantic Championship, but in the end, it didn’t matter, as Sabian lost the match and left fans all across the Atlantic shaking their heads.

Fortunately, Sabian rebounded, and with some help from The Butcher, The Bunny, and The Blade, entered into a feud with Orange Cassidy and the Best Friends that put “Superbad” back on the map. Speaking with fans at a Captain’s Corner virtual signing, Sabian complemented OC and company for helping him to “extend his wing” in AEW once more.

“What we created with the Best Friends and Orange Cassidy, by far,” Sabian said via Fightful. “I feel like it was the first chance that I’ve actually had to fully expand my wings with wrestling. I’m very high on the belief that the art form of wrestling is super important, and I try and treat it in an artistic manner, like you would treat a role in a movie. I feel like there were so many little undertones that we did during that period that I was very happy with the outcome, especially when we had the final match. So yeah, that was probably the thing that’s been the most rewarding since doing the new character. There’s so much more to go with it. It’s still in its infancy. I have some really good ideas. You don’t want to see the notes page on my phone. It’s crazy. There’s some really good stuff in there.”

Will Sabian and his new faction – assuming said faction actually sticks together long-term – find themselves in interesting angles moving forward? Only time will tell, but after looking directionless at the end of the PAC feud, it’s safe to say there’s still a spot in the company for the AEW original.

Kip Sabian dishes on his weirdest fan interaction outside of AEW.

Elsewhere in his virtual signing, Sabian told the pretty incredible story of the time he was headbutted by an older fan.

“So I’m doing the show and there’s this old dude and his Mrs. in the front row and they’re popping off,” Sabian said via Wrestling Headlines. “They’re getting super aggressive so I’m like, you know, what am I gonna do? I’m gonna mess with these guys. So I started messing with him and I started messing with his wife. I don’t remember what I said, but I said something like… what a real man looks like to this guy’s face.” 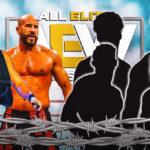 5 wrestlers Claudio Castagnoli would still like to wrestle in AEW 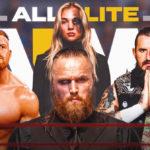 The House of Black return to AEW with a clear goal: violence 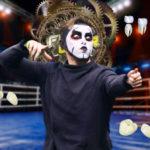 This, understandably, didn’t go over well with this older gentleman, as, after being belittled by Sabian, he took matters into his own hands, or should I say head.

“So he gets right in my face and I’m staring him down and he literally leans over the guardrail and just headbutts me full-on on the nose, mid-match… (He was like) 70, 60, 70 (years old),” Sabian said. “But at this moment, I’m like, what can I do? Because getting headbutted on the nose just sucks so I completely no-sold it and just laughed in his face but then went back in the ring and cried a little bit to myself because it hurt so much or when I got backstage… I think I let him stay (in the crowd instead of signaling for security)… I mean I guess I was doing my job correctly.”

Say what you will about AEW fans, especially the ones with Jim Cornette-approved negative signs, but no one had headbutted any of the performers… at least not yet, which is really saying something, considering the brand of cheap heat MJF goes after on the mic.