The Alabama Crimson Tide rallied from a 15-point second-half deficit against the Tennessee Volunteers to secure a place in the SEC Conference Championship Game. Alabama entered the conference playoff as the perennial favorite to win the SEC championship. The Volunteers gave the Crimson Tide all they could handle. They held the lead until a late-game rally gave Alabama the advantage, outscoring Tennesee 42-28 in the second half.

Should Alabama defeat the winner of the LSU-Arkansas match, the Crimson Tide would secure an automatic bid into the NCAA Tournament. The appearance in the field of 64 would be the program’s first since 2018 and only it’s third in the last 15 years.

The Tide's got their eyes on the 🏆@AlabamaMBB is going to the #SECMBB Championship! pic.twitter.com/xUNLwRDbif

Alabama Looking Prime For The Madness

Alabama is undoubtedly eager to secure the team’s first conference tournament championship since 1991. The sixth-ranked Crimson Tide have the advantage of knowing that they would secure a March Madness bid regardless of the outcome of Sunday’s championship match.

According to the latest Bracket predictions by ESPN’s Joe Lunardi, Alabama currently projects as a two-seed in the tournament. Not only was their 23-6 record on the season impressive, but they had a strength of schedule that ranks 26th in the nation. 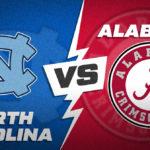 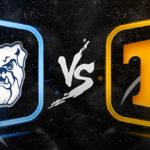 Tennessee Need To Shore Up A Few Things

As for Tennessee, while the loss eliminates the team from the conference championship, they still own an inside position towards securing a place in the national tournament. The Volunteers had entered the SEC tournament, hopeful that a strong showing would elevate them towards a higher seeding. Especially after a year in which they slid in and out of the AP rankings. While the program boasts multiple wins over ranked opponents, the team’s inconsistency was on full display Saturday, as they blew multiple double-digit point leads.

For a program that hasn’t made it past the Sweet Sixteen in 11 years, a penchant for blowing leads isn’t the type of habit Vols fans will want to see less than 24 hours from Selection Sunday.