Former NBA player Kenyon Martin says he would be happy to see Carmelo Anthony step on the hardcourt again and play in the BIG3 with him; however, he expressed his doubt that Anthony would actually play on the 3-on-3 basketball league at the moment.

“Man, I would love to have him because I’m a basketball fan,” Martin told Alex Kennedy of HoopsHype when asked if he would be interested in bringing Melo to the BIG3.

“Having him be a part of it would be great for basketball and great for the BIG3. But I don’t think Melo wants to be a part of the BIG3, man. Not at this point.”

Anthony has publicly spoken on how he would like to continue to play in the NBA. Unfortunately, no team has picked up the 10-time All-Star who remains a free agent. 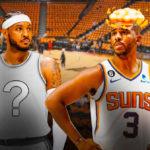 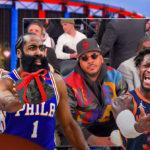 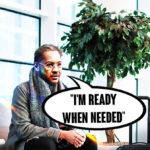 Right now, it seems like Anthony wants to show the world that he can still play competitive basketball at the highest level. Playing in the BIG3 would show he can still play, but it wouldn’t prove he is still among the group of elite players that can make an NBA roster.

If Anthony remains unsigned when the regular season starts, he might take a closer look at joining the BIG3. For now though, it’s likely that his only goal is to be in an NBA uniform on Oct 22nd when the first regular season game tips off.