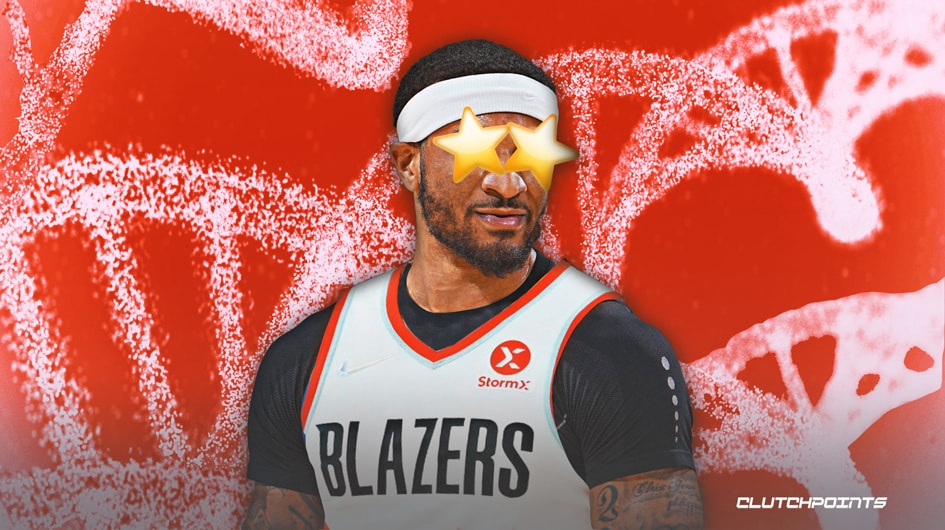 Gary Payton II is taking his defensive talents to the Portland Trail Blazers. After becoming a key player for the Golden State Warriors and winning a championship, he signed a three-year deal with the Blazers to team up with Damian Lillard.

Payton addressed the Blazers fanbase in his new threads. He said he is excited to get to work at the Moda Center and asked for fans of Oregon State (where he played in college ball) to come out and show support for the team.

Gary Payton II looks happy and is ready to get the ball rolling with the Portland Trail Blazers 🔥pic.twitter.com/SF3Sg95GLY

Payton averaged 7.1 points, 3.5 rebounds and 1.4 steals in 17.6 minutes per game. His tenacious defense made him a key player for the Warriors and will allow him to become the same with the Trail Blazers, who really need defense. Pairing him with either Lillard and/or Anfernee Simons gives Portland solid backcourt options.

Leaving Golden State after winning a championship for Portland seemed like a very surprising move. Since the Warriors’ payroll is the highest in the league, they may not have had the money to offer both Payton and Kevon Looney, who they were able to re-sign. Payton was able to secure his well-deserved payday on a team looking to be competitive this season.

The Blazers have had a big offseason. After adding Gary Payton II, Jerami Grant and Shaedon Sharpe while re-signing Jusuf Nurkis and Simons, Portland is hoping they can return to the playoffs with Lillard leading the way.