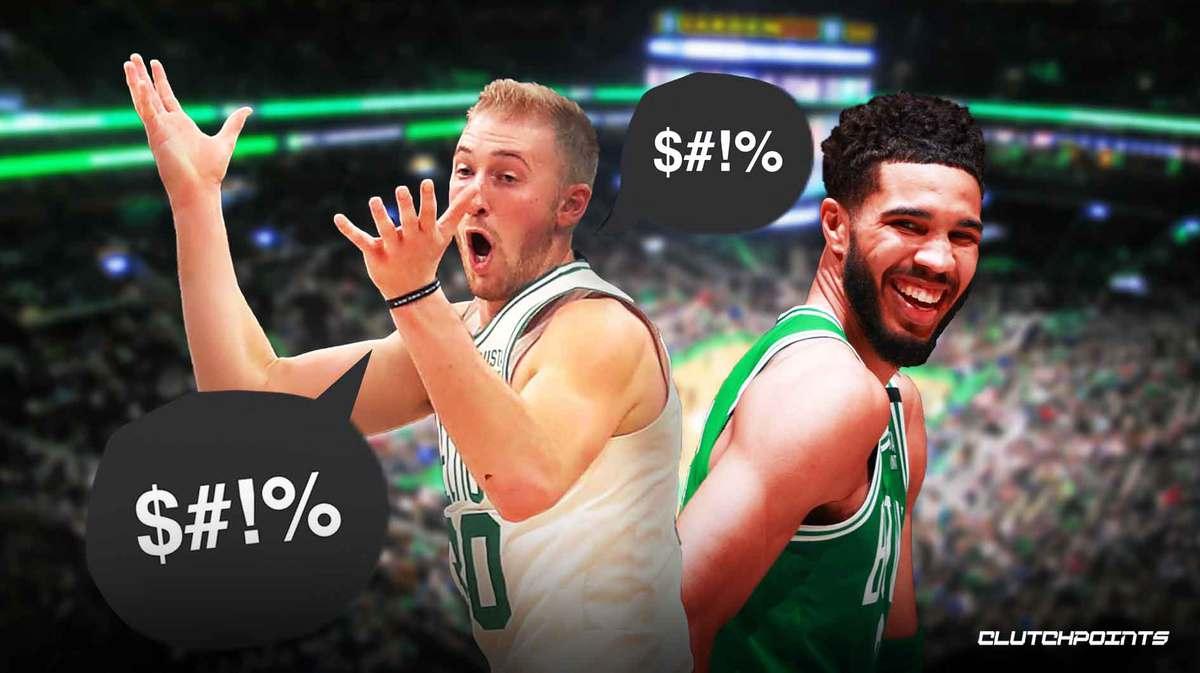 The Boston Celtics set the nets ablaze in their 130-116 win over the New York Knicks. Jayson Tatum and Jaylen Brown pulled off their best impression of the Splash Brothers. Second-year man Sam Hauser may not have been a blood brother, but he looked like their splash cousin who helped them break a franchise record on Thursday.

Sam Hauser was locked in during the 1st half 🔥🔥🔥 pic.twitter.com/wfEZRlfGTf

Tatum and Brown finished with six threes apiece, while Hauser added five of his own to push the Celtics’ historic total to 27. JT had reportedly been waiting for Hauser to come up with a celebration for his three-point bombs. Safe to say his choice of celly caught Tatum off guard, via Jay King of The Athletic:

Though Hauser said he’s not big on [three-point celebrations] most of the time, he apparently broke character once on Saturday night. After one of his four first-half 3-point makes, he cracked up Tatum with an over-the-top reaction. Following a quick postgame lift, Tatum asked Hauser to repeat what he had said after the shot.

All due respect to Sam Hauser, but both Jayson Tatum and Celtics fans alike probably expected some fist pump or endearingly corny goggles celebration before an NSFW message. But it’s hard to control passion on the court.

“Sam is lights out,” said Jaylen Brown. “You can’t leave him. We’re looking for him. Once he hit a couple, we’re looking for him, and Sam is always ready. He works hard, and he’s developing a nice role for himself in this league.”

When you’re hitting threes at the rate that he is, it’s hard to knock him for any celebration he wants.