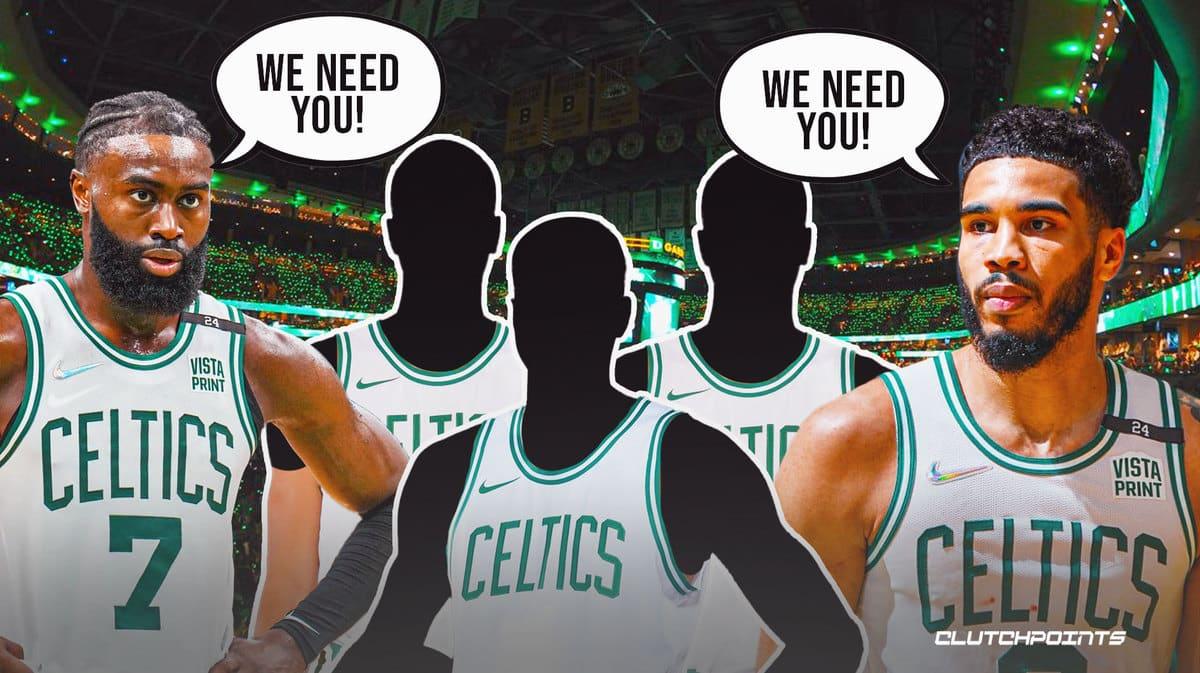 The Boston Celtics reached their first NBA Finals in 12 seasons, only to fall to the Golden State Warriors in an entertaining six-game series. After a roller-coaster regular season, the Celtics ultimately fell two wins shy of raising the franchise’s 18th championship banner.

With the 2021-22 NBA season officially in the books, it’s time to look ahead to the offseason. The NBA Draft could be uneventful for Boston, which has only a second-round pick (53rd overall) after forking over their first-round selection in the Derrick White midseason trade with the San Antonio Spurs.

Don’t expect the Celtics to make a big splash in NBA free agency, either. The team is already on the books for over $155 million for the 2022-23 season, per Spotrac.  The NBA’s salary cap is set at rougly $122 million for next season and the luxury tax level is placed at $149 million. With the Celtics already above the luxury tax, the Celtics are only able to offer two types of contracts to unrestricted free agents — veteran’s minimum and the taxpayer mid-level exception (MLE). The taxpayer MLE is estimated at $6 million for next year.

Given the team’s lack of financial resources this summer, the Celtics are expected to make only incremental changes in free agency. With that in mind, let’s take a look at some free agency targets for the 2022 Eastern Conference champions.

The Celtics should be in the market for a reserve point guard. While Defensive Player of the Year Marcus Smart exceeded expectations in his first season as the team’s starting point guard, the Celtics need another ball handler off the bench.

A backup combo guard to target could be veteran Austin Rivers, who suited up for the Denver Nuggets last season. During the 2021-22 regular season, Rivers appeared in 67 contests 18 (starts) and averaged 6.0 points, 1.7 rebounds and 1.3 assists across 22.1 minutes per contest. He shot 41.7% from the field, 34.2% from 3 and 72.7% from the free-throw line. A defensive-minded point guard, Rivers helped the Nuggets avoid a sweep in the opening round against the Warriors with five steals across 36 minutes in Game 4:

An Austin Rivers defense appreciation post. Effort, yes. But attention to detail and communication stood out to me. And refusing to be screened in DHO action on steal #4?! Brilliant stuff. #Nuggetspic.twitter.com/23Kr2p3ifL

Rivers could be use in a situational role off the bench for the Celtics. The Celtics gave plenty of backup point minutes to combo guard Derrick White, but also played Payton Prichard fairly regularly. Pritchard, an excellent offensive player and a lights-out shooter, struggles on the defensive end. Practically speaking, Pritchard is the inverse of Rivers, who is an excellent defender but a below-average offensive player.

The Celtics could rotate Rivers and Pritchard on a game-to-game basis as needed. It would only take a veteran’s minimum contract to poach Rivers from the Nuggets.

Boston needs more shooting off its bench, as well as simply guys who can play meaningful minutes when you get to the back half of the roster. Outside of Grant Williams and Payton Pritchard, the team lacks reliable outside threats. Sam Hauser, who has a team option, is a knockdown shooter but only appeared in 26 games for the club last season. The 24-year-old Hauser will likely be brought back on his team-friendly contract, but he is not expected to be a part of the team’s rotation.

The Celtics could look for a veteran 3-and-D player off the bench at a low cost. Enter Danuel House Jr., the 29-year-old wing who suited up for three teams (Houston Rockets, New York Knicks and Utah Jazz) last season. He began the year with the Rockets, where he made a name for himself in this league, before being waived as the rebuilding franchise opted for a youth movement. House signed a 10-day contract with the Knicks, appearing in just one game with the team.

House finished the year with the Jazz appearing in 25 games (six starts). During that time, he drilled an impressive 41.5 percent of his 3-point attempts. House, a strong defender, would fill a need for the Celtics and augment an already lethal defensive unit. Furthermore, House could be added on a veteran’s minimum deal.

If the Celtics are looking at a high-risk, high-reward option, they could target Indiana Pacers forward T.J. Warren with the taxpayer mid-level exception. Warren, an unrestricted free agent, has played only four games across the past two seasons due to lingering left foot issues. However, he is reportedly fully recovered and looking for a change of scenery.

Warren is two years removed from his stellar 2019-20 campaign, in which he averaged 19.8 points per contest on 53.6% shooting from the field and 40.3% from 3-point range. Warren was also a star in the bubble, dropping 31.0 points per game on 57.8% shooting during the league’s restart after COVID-19 led to the league suspending action for months. He dropped a whopping 53 points in one contest and ultimately earned First-Team All-Bubble honors:

The 6-foot-8 Warren will be hard-pressed to ever replicate those numbers following a nearly two-year injury absence. But he could serve as a valuable piece off the bench for a title contending team. Given Warren’s offensive prowess, he could be worth a flier. The Celtics need a jolt offensively off the bench, so Warren could be worth taking a chance on with the TPMLE.