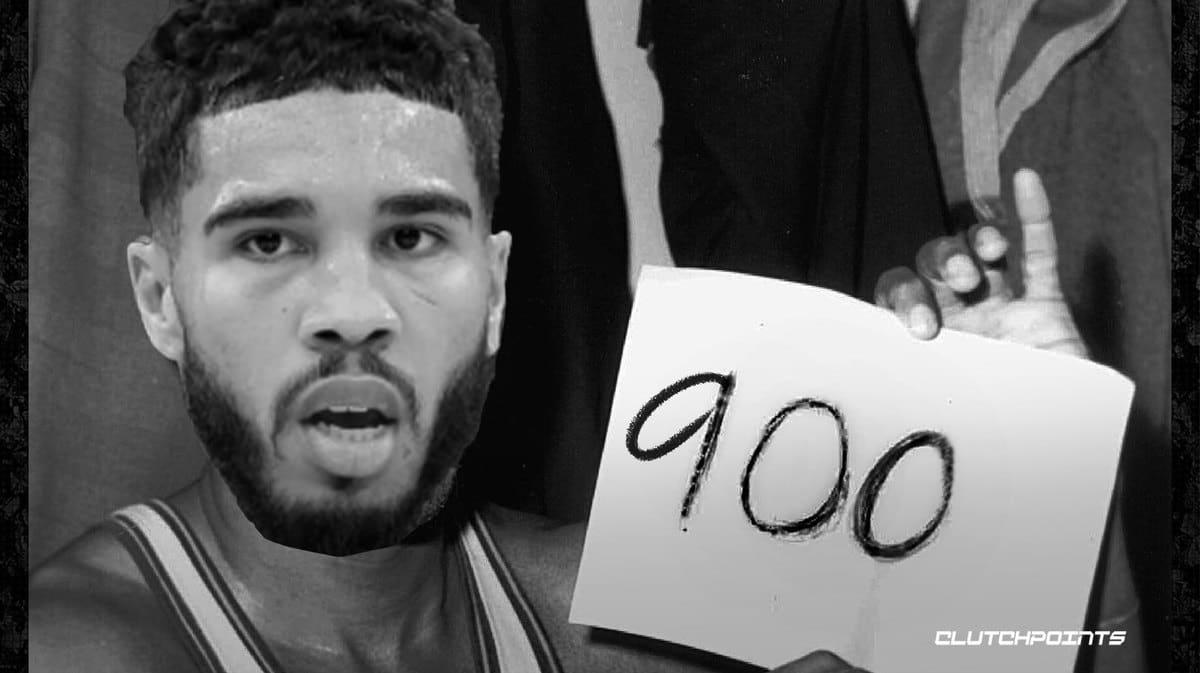 After another win Wednesday night for the red-hot Boston Celtics, Jayson Tatum made NBA history. During Boston’s 134-121 win over the Miami Heat, Tatum put up a whopping 49 points and became the youngest player in league history to make 900 3-pointers.

The 24-year-old surpassed his friend and fellow St. Louis native Bradley Beal, who captured the record in 2018 at the age of 25. Additionally, Jayson Tatum became the first player in league history to have a stat line of 45 or more points, 10 or more rebounds, and eight or more triples in multiple outings:

Behind his stellar performance, the C’s were able to put Miami away at home and capture their 18th victory, the most in the NBA. While the Heat never went away, Boston commanded the game via its historically-potent offense. Subpar perimeter defense allowed Miami to stay in the game, but Tatum’s shotmaking from beyond the arc clinched the victory late in the fourth quarter.

Top 5 player in the league? #NBA#NBAPicks#NBATwitter#DFS#Celtics#CelticsTalk#Heat

With 30.8 points per game, 7.7 rebounds per outing, and a squad with the best overall record in the NBA, the 3-time All-Star is making a strong case for MVP this year. Although Luka Doncic is ahead of him on the MVP ladder, Tatum’s ability to lead the Celtics to the top of the Eastern Conference should help his odds.

Regardless of the coveted award, Jayson Tatum has made it clear this year that he’s more concerned with an NBA Finals ring than an MVP trophy. And so far, he’s backed up that talk with games like these.

Tatum and company will get another crack at Miami on Friday, where the Green Team will look to improve to 19-4 on the season.