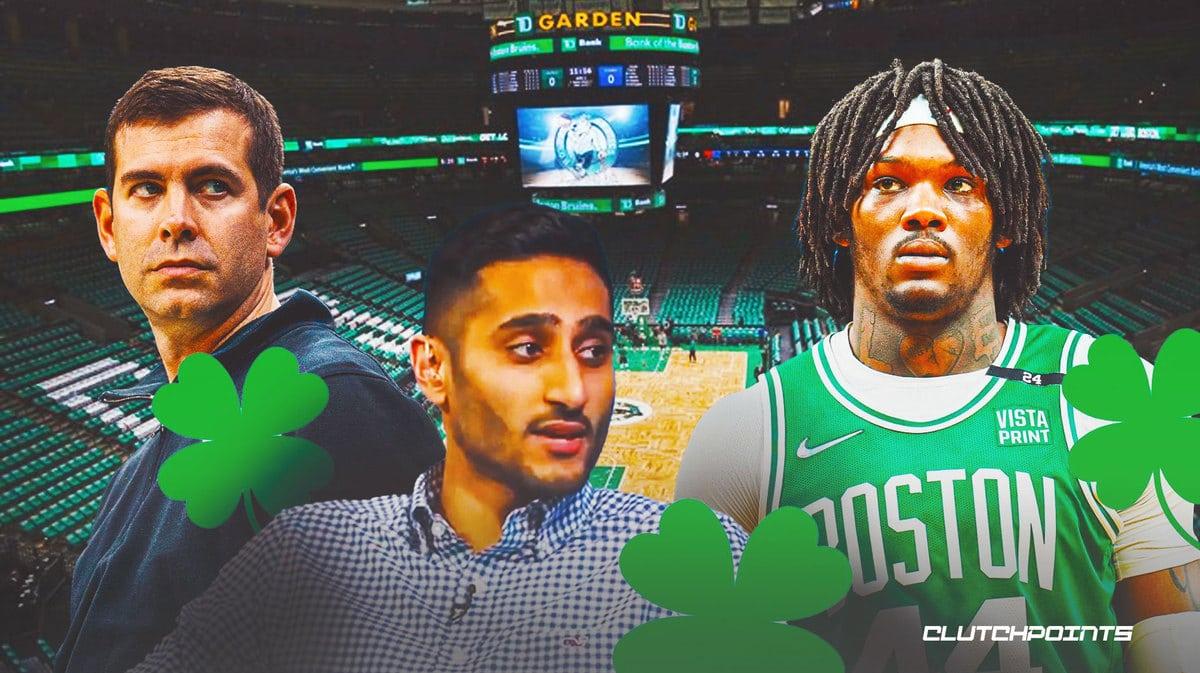 The absence of center Robert Williams III looms large for the Boston Celtics, but at least it won’t be as long as recently reported. On the Boston sports radio show Toucher and Rich, Celtics president of basketball operations Brad Stevens set the record straight about the timeline for Williams’ return.

After a troubling report from NBA insider Shams Charania claimed Williams could possibly be sidelined even longer than expected, Stevens made it clear that the healing process is going as planned.

“September 22nd is when he had the surgery. [He should return] 8-to-12weeks from there, as is the timeline that we put out.”

That timetable was the original return date for Williams following an arthroscopic procedure on September 23rd to lessen the swelling in his left knee. Although Charania proposed that the injury might keep Timelord out past January, Stevens assured that it wouldn’t be necessary since his rehab is going well.

Williams is massively important to the Celtics, as no one on the current roster matches his paint presence and shot-blocking ability. While Boston was able to contain Joel Embiid and the Philadelphia 76ers in its impressive season-opening victory, the 25-year-old center will still be needed down the road.

This is peak defense from Robert Williams. I’m looking forward to getting him back this season #Celticspic.twitter.com/589ojuzBWc

When the Celtics have to match up against bigs like Giannis Antetokounmpo later in the season, they’ll need Williams for his superb defense. Without him, they’re still a great defensive team that can effectively double-team star players, but Williams’ presence takes Boston to another level on that side of the ball.

Hopefully the Second Team All-Defense honoree is back on the floor before 2023. Yet as long as Williams is healthy when it matters most come playoff time, the Celtics should have another shot at the NBA Finals.