Despite his poor display in the clutch during Game 6 against the Miami Heat, Boston Celtics superstar Jayson Tatum is not getting discouraged and remains as confident as ever heading to Game 7.

The Celtics had the chance to close out the Heat on Friday, but after a hot start to the contest, Tatum and Jaylen Brown cooled down in the second half. The two combined for 36 points on 12-of-18 shooting in the first two quarters, but only made 14 points on 3-of-7 shooting in the final 24 minutes of play.

In the end, it allowed the Heat to win 111-103, with Jimmy Butler erupting for 47 points. Tatum finished with a team-high 30 points, albeit on just 12 shot attempts. For comparison, Butler attempted 29 shots and completely took over for Miami even when his shots aren’t falling.

While it was not the best display from Tatum, the Celtics star is not losing confidence and looks to be hungrier than ever after the loss.

“On a scale of 1 to 10? 10,” Tatum said when asked about his confidence level heading to Game 7, per Tim Bontemps of ESPN.

Now that is exactly what the Celtics want to hear, especially after that Jimmy Butler proclamation that they are going to win at home to secure their ticket to the NBA Finals.

The Celtics need Jayson Tatum to be at his best come Sunday, and by the looks of it, he is more than ready to shrug off and forget about Game 6 and focus on the task at hand. 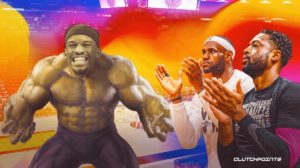