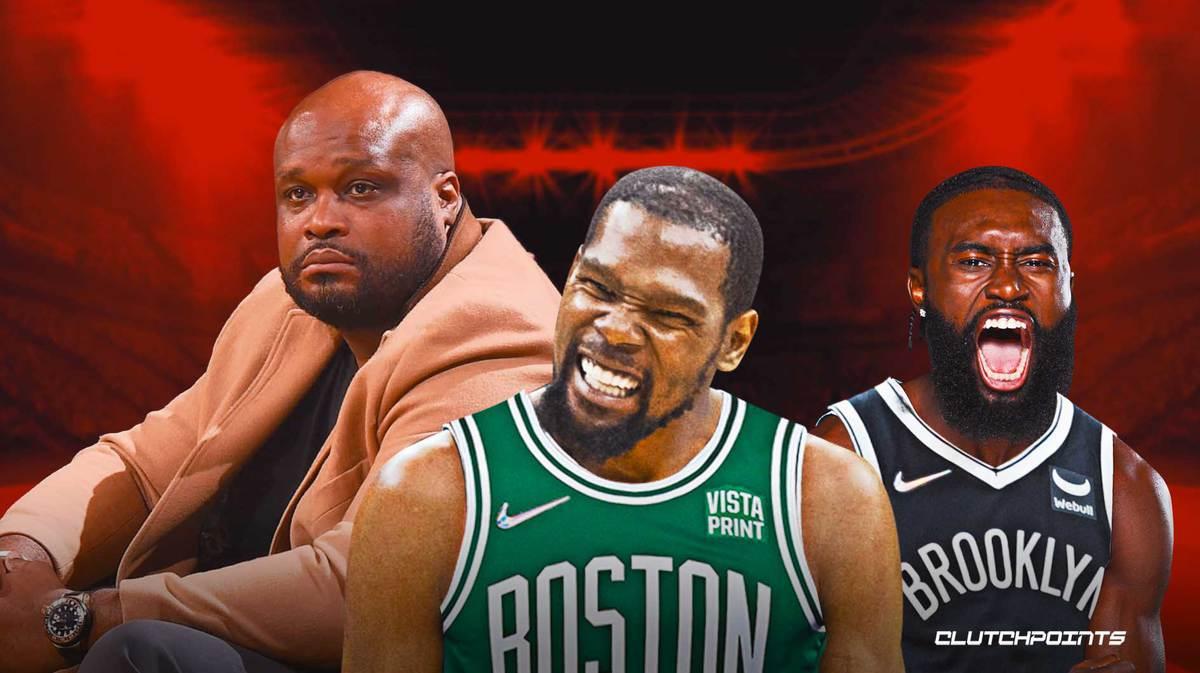 Three-time All-Star Antoine Walker spent eight out of his 12 years in the NBA with the Boston Celtics. He may have won a title with the Miami Heat in 2006, but it’s hard to argue with the notion that the 6-foot-8 power forward is most known for his stint in Bean Town.

It is also clear that Walker holds the Celtics in a special place in his heart. Like the rest of us, the 45-year-old caught wind of reports linking Boston to a Kevin Durant trade that will potentially send Jaylen Brown in the opposite direction. Let’s just say that Walker isn’t happy about this prospect (h/t Johnnie Martinez of sportskeeda):

“I am so disappointed this morning because I think this is a terrible decision,” Walker said. “This will be a terrible decision to go in, and I know people will be like, ‘This is Kevin Durant. This is arguably a top three player in the league! Of course, you make a trade for that.’ You don’t tear up what you’ve worked so hard to build.”

It sounds to me like Walker is still on a high from the Celtics’ NBA Finals run this past season. The former Kentucky standout is confident that Boston can reach that same heights in the near future, and that bringing in Kevin Durant would be a huge mistake:

“We are talking about a team that is young,” Walker said. “I know everybody hates to talk about age, but … Jaylen Brown is 25, Tatum is 24, Smart’s 28, Robert Williams is 24. Your core is young. You just lost in the sixth game of the finals. Everything is in place, and I was just giving them praise for having the best summer, to me, out of every team in the league.”

"The Celtics don't need Kevin Durant. People will say, 'This is KD, arguably a Top 3 player in the league!' You don't tear up what you've worked so hard to build."

— @WalkerAntoine8 on why it'd be a terrible decision for the Celtics to go all-in for KD: pic.twitter.com/blrDZI83u1

Walker is of the belief that if something isn’t broken, there’s no need to fix it. He acknowledged how KD is indeed a generational talent, but in the end, Antoine Walker just doesn’t believe Durant is worth his weight in gold.