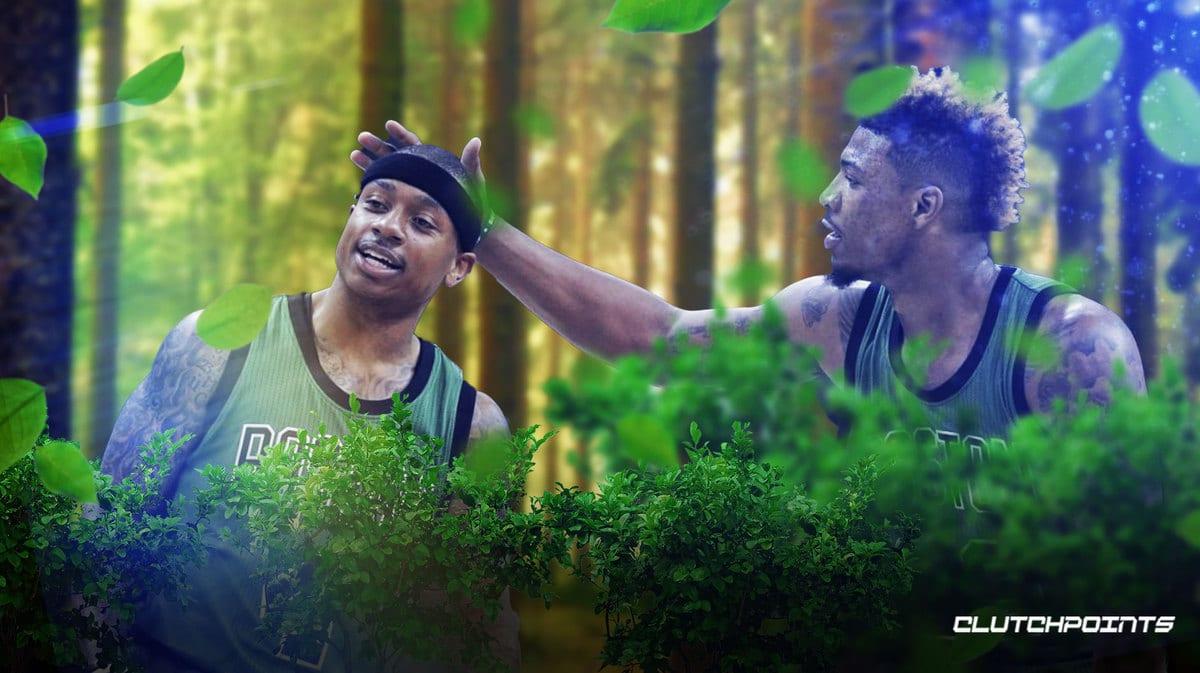 A familiar face surprised Marcus Smart at his charity event on Thursday night, and it’s sure to make every fan of the Boston Celtics smile.

Two-time All-Star and Celtics hero Isaiah Thomas returned to Boston for Smart’s annual bowling bash. Although several celebrities attend the event and help raise money for the reigning DPOY’s YounGameChanger foundation, he had no idea that Thomas was stopping by. His surprise was captured on video:

Marcus Smart says he was overjoyed by Isaiah Thomas’ surprise visit at his bowling bash last night: “With me and him, it’s always been more than just on the court. I look at IT as a brother … I had no idea he was coming so the fact that he took time to show up here means a lot.” pic.twitter.com/Bo1bjIq11k

Despite IT’s unceremonious end in Boston that saw him traded to the Cleveland Cavaliers, it’s clear he still has lots of love for his former teammates. Additionally, he has no shortage of respect for the city of Boston, which embraced him during the 2016-17 season when he led the C’s to the first seed in the Eastern Conference. He took to Twitter to express his feelings for Beantown:

This type of love make me keep going 🏁

While Thomas is no longer rostered in the NBA, MassLive reported last season that Smart made a push for the Celtics to bring back their beloved point guard. It never came to fruition, but Smart and Thomas have a great history of supporting one another.

If this was early last season, perhaps IT would have a real chance to come back to the Green Team. Yet, so far this year the Celtics have shown no need for extra offensive help. Right now they’re averaging 118.7 points per game, the second-most in the league behind the surprising Utah Jazz.

The potent duo of Jayson Tatum and Jaylen Brown is scoring in droves against opposing teams, and even Boston’s bench is contributing a lot of offensive power behind Malcolm Brogdon and Sam Hauser. It would make plenty of fans happy to see Thomas back in a Celtics jersey, but basketball-wise, it’s not really necessary.

However, if the King of the Fourth’s career has taught us anything, it’s that you should never count him out.