The Final Fantasy 14 anniversary event, entitled The Rising 2022 is now underway in-game. This event introduces an in-game quest that players may partake in to get exclusive rewards. Keep reading to see our FF14 The Rising guide.

The player must first reach Level 15 on their character to start the event. This gives the player access to airships, which allows them to travel to Ul’dah, the quest’s starting point. If the player already started in Ul’dah, they can immediately go to the quest giver once they reach the needed level. The player can find the quest giver, known as the Wandering Minstrel, at the Steps of Nald, at coordinates (X:10.1, Y:8.4) as pictured below. The player then assists a new adventurer, a Miqo’te called Nhagi’a Jakkya, as he takes his first steps in adventuring. Nhagi’a traces the same steps that the player did as they first started in the game. He registers at the guild, chooses his class, and carries out a fetch quest of his own. This all culminates in a personal message from FF14 producer and director, Naoki “Yoshi-P” Yoshida. Yoshi-P thanks the player for their continued support of the game. They also hope that the player will continue to support the game. Afterward, Yoshi-P says goodbye. 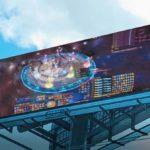 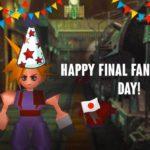 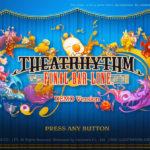 The player also unlocks a jigsaw puzzle that features a prominent game character, Nanamo Ul Namo. This jigsaw puzzle can be accessed by checking into an inn and using the Toy Chest inside.

The event ends on the 12th of September, 2022 at 7:59 a.m. PDT. For more details on the Final Fantasy 14 anniversary event, head on over to the official FF14 The Rising event page here.