Australia center Andrew Bogut berated the officials following their elimination from FIBA World Cup at the hands of Spain.

After a few weeks, FIBA has finally decided to take action and gave Bogut a disciplinary notification for his tirade, per Olgun Uluc of Fox Sports Australia.

Inbox: Basketball Australia says that Andrew Bogut has received notification of disciplinary proceedings from FIBA, concerning an incident that occurred at the #FIBAWC on September 13.

Bogut has until 8pm (AEST) on September 25 to provide his statement.

According to the report, Bogut will have until tomorrow evening to provide a statement.

The Australians bowed out of the World Cup in a heartbreaking 95-88 double overtime defeat against eventual the champions. As he headed towards the locker room, Bogut called out the officiating with this NSFW snippet:

Obviously, Andrew Bogut wasn’t able to hold it in following the devastating loss, and now he is going to face the consequences. Perhaps a fine or a suspension from next year’s tournament may be on the table for the 34-year old. 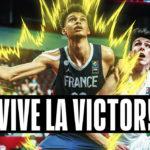 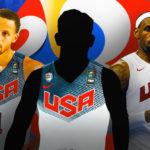 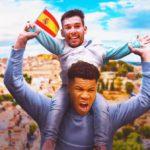 Australia had high hopes entering the FIBA World Cup, and they were certainly strong contenders to come out on top. Unfortunately, they ran into a heavily motivated Spain squad that eventually took home the gold.

Obviously, it’s easy to put the blame on the officials after a heartbreaker like that. Sure, a couple of calls down the stretch didn’t go their way. But Spain did what they had to do and executed well in OT2, where they eventually pulled away. Likewise, Australia played sloppily and committed some costly turnovers during the crucial parts of the match.

We shall see how Bogut responds to FIBA’s notice and what his final sanction will be.