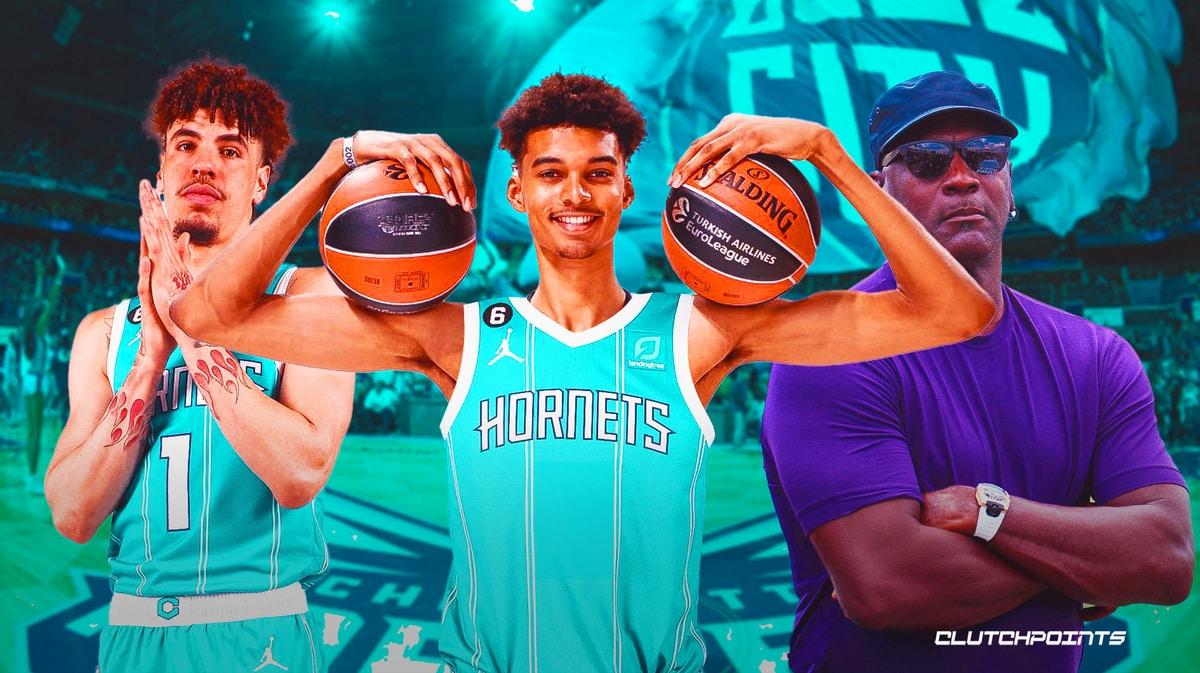 The harsh reality for the Charlotte Hornets is that they haven’t found much success in the draft in recent years. The major exception is LaMelo Ball, though, and team owner Michael Jordan definitely made the right call in that respect.

With the way things are going for the Hornets thus far, this team could be well on its way to the draft lottery again next summer. At 4-13, Charlotte currently has one of the worst records in the league, which means that they could potentially have great odds to land Victor Wembanyama in next year’s draft.

While a LaMelo Ball-Victor Wembanyama partnership may seem like a mouthwatering prospect for Hornets fans, the reality is that Jordan might not be interested. According to an anonymous Eastern Conference general manager, he just doesn’t see MJ changing his stance against tanking — even if it’s a generational talent like Wembanyama that’s at stake:

Gordon Hayward’s wife calls out Hornets for ‘not protecting players’

“The hurdle is getting the owner to go along with it,” the GM told Sean Deveney Heavy Sports. “It is Michael Jordan. He has never OK’d something like that and it is not clear he would, even if it gets bad this year, even if it puts them in a good spot in the draft for Victor (Wembanyama). He has been pretty strong against tanking. Hard to see another way forward for them now, though.”

There have been whispers about the Hornets potentially blowing their roster up this season, with the likes of Terry Rozier, Gordon Hayward, and Mason Plumlee all expected to draw significant interest from opposing teams. It sounds like a pretty solid plan, but MJ just might not be for it.