‘I’m in awe of it’: LeBron James gets real on possibility of breaking Kareem Abdul-Jabbar’s all-time scoring record 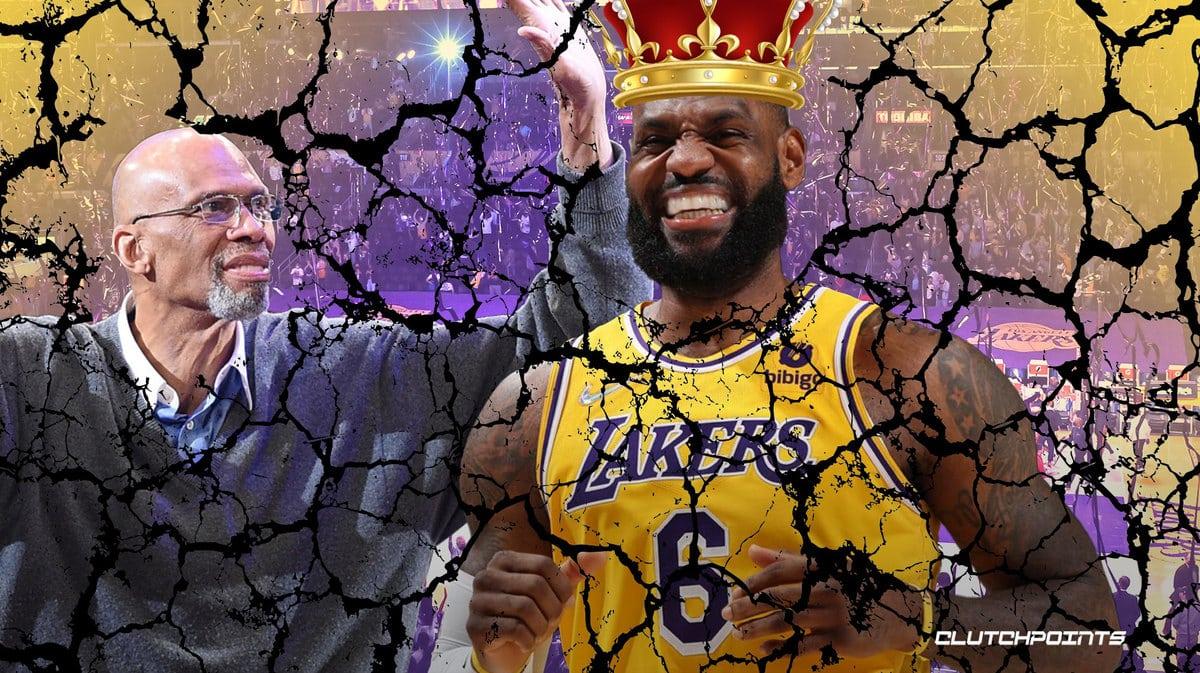 LeBron James is on the cusp of passing Kareem Abdul-Jabbar for the NBA’s all-time scoring record. After passing Karl Malone during the 2021-22 NBA season, James will have his sights set on the legendary Abdul-Jabbar scoring record that has stood since 1989. With James within striking distance of the all-time record, he got brutally honest on what it would mean to him to claim that title as his own. Via Arash Markazi, James said he is in awe of that fact that he’s closing in on that piece of history.

“To know that I’m on the verge of breaking probably the most sought-after record in the NBA, things that people say would probably never be done, I think it’s just super humbling for myself. I think it’s super cool,” said James. “Obviously Kareem has had his differences with some of my views, but at the end of the day, to be able to be recognized in the same breath as the a guy who wore the same uniform… I think is just super, super dope for myself to even be in that conversation.”

James didn’t hold back when discussing how grateful he is to be mentioned alongside some of the game’s all-time greats, and to take over the scoring title from Kareem would be a humbling experience for the 37-year-old.

Abdul-Jabbar’s record of 38,387 points has stood since 1989. LeBron James currently has 37,026 points in his career, meaning he’s just 1,325 points away from the all-time mark. LeBron would need to average just over 16 points per game across a full 82-game season in order to pass Abdul-Jabbar’s record. That’s light work for LeBron, so the main focus for him will be to ensure he remains on the court and avoids injury in 2022-23.