The New York Knicks have an extensive list of candidates that will interview for the head coach position, with veteran helmsman Tom Thibodeau as the frontrunner of that race. However, some Knicks insiders feel Jason Kidd could be the lone long-shot threat to take that vacancy over Thibodeau, according to Marc Berman of The New York Post.

William Wesley, who was officially hired as part of Leon Rose’s team in the front office, is said to like Kidd, too.

Kidd brings some level of credibility as a former player who spent his last season with the Knicks, but also plenty of familiarity with Giannis Antetokounmpo, who can become a free agent at the end of next season.

“He’s a Hall of Fame player and young innovative coach who learned from his past mistakes,’’ said one personnel man familiar with the Knicks’ interest. “I think the Knicks’ young players would relate to him. Whether a factor for Giannis, wherever [Kidd] goes to coach, that team most definitely will have a seat at that dinner table when the time comes.”

Having an inside man that can pull a player of Antetokounmpo’s caliber is a valuable tool, especially when in a market like New York City.

Yet Kidd will have to show more than merely a good standing with Antetokounmpo to net the job. Some are divided in opinion in regards to him, as another source said he “wouldn’t hire Jason Kidd if he was the last coach standing,”

Kidd will have to show he has the chops to lead a primarily young team and have the same development tools to improve the roster noticeably before reeling in Antetokounmpo. That might just be the only way he can leapfrog Thibodeau, who has long led this race for the Knicks helm. 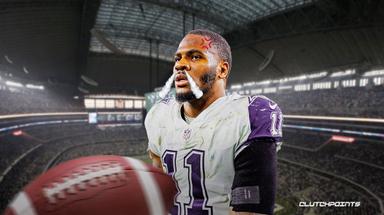