Los Angeles Lakers veteran J.R. Smith was just one of the many avid basketball fans that tuned in to what turned out to be an epic Game 7 matchup between the Denver Nuggets and the Los Angeles Clippers. It was Denver who came out on top, upsetting the heavily-favored Clippers side after going 3-1 behind in the series.

Smith took to Twitter to come out with a rather cryptic reaction following Denver’s win:

By defeating the Clippers 104-89 on Tuesday, the Nuggets upended the long-expected Battle of Los Angeles and instead set themselves up for a clash against the Lakers in the Western Conference Finals. JR Smith understands what’s at stake here, and he seems to be looking forward to a matchup against Denver.

Smith spent five years of his tenured career with the Nuggets between 2006 and 2011. He was a key rotational piece for the team during the Carmelo Anthony era, with Smith averaging 13.7 points, 3.1 rebounds, 2.2 assists, and 1.0 steals per contest. 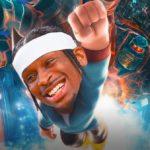 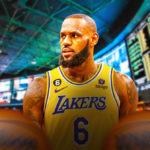 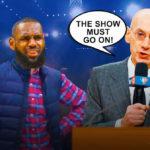 Right now, though, Smith serves as nothing more than a veteran presence for the Lakers. He signed with LA prior to the restart but has barely seen action for the Purple & Gold. Smith played just six minutes in the second round against the Houston Rockets, serving up healthy DNP’s in three out of the five contests.

Despite his minimal role for the squad, however, Smith is still an important player for the Lakers. Smith is an NBA champion with a wealth of experience, and he has emerged as a key vet for the team in the locker room.