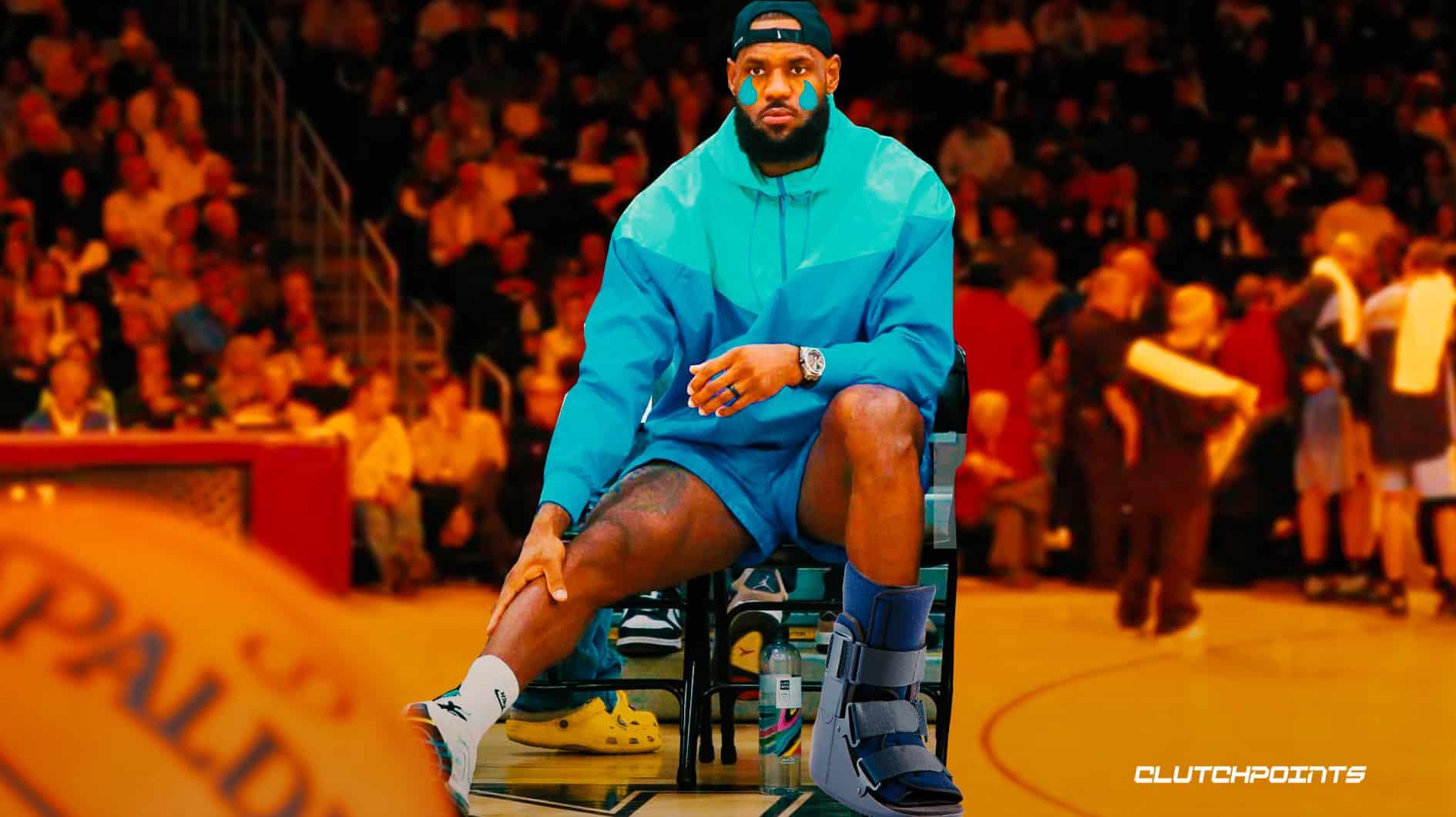 The Los Angeles Lakers took a major step back on Monday night, dropping to 7-12 the moment rookie Andrew Nembhard hit a miraculous buzzer-beating three-pointer to cap a 17-point fourth-quarter comeback and deliver the Indiana Pacers an improbable 116-115 win at Crypto.com Arena. The loss hurts in the standings and in the morale department, but the Lakers may literally suffer the consequences of another step in the wrong direction, as LeBron James picked up an ankle sprain.

In the first quarter, LeBron came down awkwardly on his left ankle. He instantly subbed out of the game and initially got treatment on the Lakers bench before heading to the locker room.

LeBron sprains his ankle and exits to the locker room pic.twitter.com/OCCrCGe8WF

He returned to the bench and checked back in a few minutes later, but — despite a few energized moments here and there, including an admirable but ill-fated close-out on Nembhard’s dagger — was clearly hobbled by the ankle as the game wore on.

James finished with 21 points, 7 rebounds, and 3 assists in 36 minutes. He shot 8-of-22 from the field, 3-of-10 from 3, and missed seven of his eight field goal attempts in the fourth quarter.

Afterward, LeBron was curt when asked about the state of his ankle following the sprain. “It was better before it happened,” he said.

James missed six of seven games with a groin strain before returning for the Friday-Saturday back-to-back against the San Antonio Spurs, both Lakers Ws. He used Friday to shake off the rust then poured in a season-high 39 points on the second leg of the B2B.

LeBron tends to be a slower healer at this stage of his 20-year career, so the Lakers will be on pins and needles regarding the ankle ahead of a clash with the Portland Trail Blazers on Wednesday and their ensuing six-game East Coast road trip against mostly playoff teams. LeBron nor the Lakers have provided an update on his status vs. Portland.

Depending on the severity of his latest ailment, this will mark the third season in a row in which LeBron has dealt with an ankle issue. In 2020-21, he missed multiple weeks after Atlanta Hawks forward Solomon Hill fell into his right leg while diving for a loose ball. After last season concluded, James revealed he would have to stay off his ankle for the first 4-to-6 weeks of the offseason due to a serious sprain to the same left ankle he re-injured on Monday.