‘Too tough’: LeBron James in awe of Sabrina Ionescu after 31-point game for Liberty vs. Sparks The Sparks basically had no answer for Ionescu, as she had her way on the court through three quarters. It was an absolutely dominant performance, with the 2020 no. 1 overall pick making 31 points to end the penultimate period.

Ionescu went 11-of-16 from the field, including 5-of-9 from deep, all while recording six rebounds and four dimes. She sat out the whole fourth quarter but still ended up being the top scorer and best player of the game as the Liberty beat the Sparks 102-73.

After watching Ionescu’s highlights, James took to his Instagram stories to give credit to the young superstar. After all, he knows very well how hard it is to score at the highest level of basketball. And to drop 30 in just three quarters? Now that’s something you don’t usually see.

Sabrina Ionescu has been really impressive for the Liberty this 2022 season, making and breaking several records in the process. Aside from LeBron James, Golden State Warriors star Stephen Curry has also taken notice of her incredible play so far.

The Liberty are still fighting for a chance at the playoffs, and if Ionescu can keep playing the way she did Tuesday, then they still have a shot to make it to the postseason.

Sure enough, a lot of eyes will be on her and New York as they continue to turn heads. 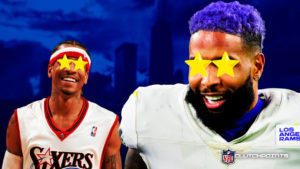