Dallas Mavericks All-Star Luka Doncic is undoubtedly one of the most exciting young stars in the NBA right now. With his terrific all-around game, it’s no surprise that Doncic has caught the eye of a lot of people and one of them is two-time NBA champion Bill Walton.

“One of the things I enjoy about watching Luka is I learn.” Walton told Tim Cato of The Athletic. “I learn geometry. I learn angles. I learn positioning. I learn theory. I learn the path forward. All the different things I’m always looking for all the time. He is very special, and I just wish nothing but the best for him.”

Doncic has proven that he is an elite player and one of the rising superstars in the NBA in just less than two seasons in the league. And, according to Walton, the 21-year old Slovenian has shown that he has the potential to be the face of the league in no time.

“Here’s this guy who’s got everything. But he what he really is is what so many of my favorite players are – Bill Russell, Larry Bird, Kareem (Abdul-Jabbar), Michael (Jordan), Steve Nash, Oscar (Robertson). I’m going to leave a bunch of guys out. (Like them), he’s got a brain. He thinks a beautiful game.” explained the Hall of Famer. 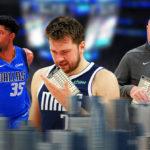 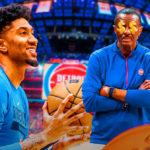 In his very young career, Doncic has seemingly turned the tide for the Dallas franchise as he’s brought the Mavs back to playoff contention this season.

Doncic is now looking to lead the Mavs in Orlando as the 2019-2020 NBA season resumes in late July.