Kareem Abdul-Jabbar scored 38,387 points in his NBA career, but here’s the only 3-pointer he hit [VIDEO]

It’s easy to forget that once upon a time, big men were essentially forbidden from shooting the three ball. If only Kareem Abdul-Jabbar had coaches and teams encourage him to shoot threes the way they do big men in today’s NBA.

It’s easy to forget, but the greatest scorer in the history of the NBA wasn’t known as a threat from the outside, but that doesn’t mean Kareem Abdul-Jabar never shot three-pointers. He was 1-for-18 in his career, but the lone three-pointer he made in his career was a shot from the corner off of a long rebound.

Kareem is one of the greatest players to ever walk the earth, and perhaps he would’ve been a knockdown shooter had he been playing in a different era of basketball.

Today’s NBA is all about pace and space, and era of basketball Abdul-Jabbar played in is a far cry from what the game of basketball developed into. For the most part, big men lived in the paint and the game was predicated on finding the soft spots inside and in the mid-range. 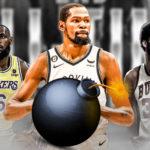 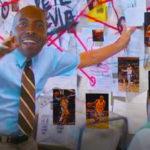 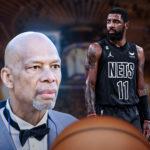 The mid-range shot is shunned nowadays and for good reason. It’s a relatively inefficient shot compared to shots at the rim and outside the arc (which obviously give you the extra point).

But the 19-time All-Star and six-time champion managed to have a successful career without the three ball. The Hall of Famer is still the all-time leading scorer in NBA history.