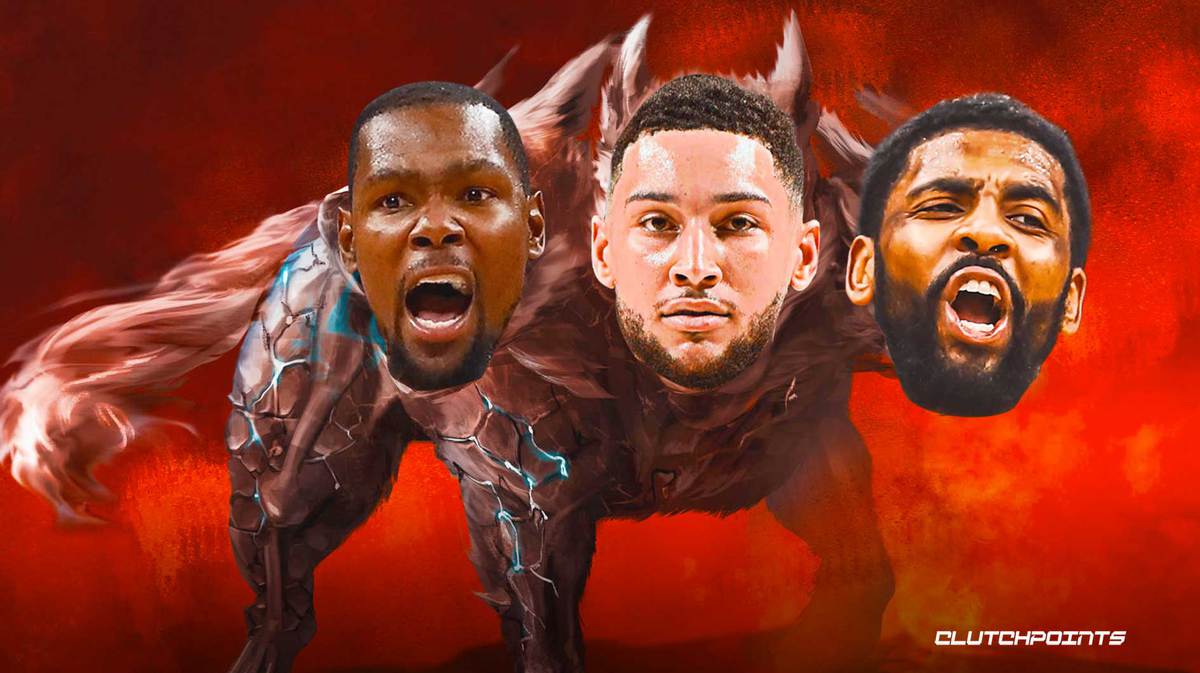 Amid all the drama surrounding Kevin Durant and Kyrie Irving this summer, Ben Simmons has emerged as a bit of a forgotten figure for the Brooklyn Nets. Well, not really, considering how the former Rookie of the Year was himself involved in a group chat scandal that saw him allegedly (virtually) walk out on his teammates in the middle of an intense conversation about the playoffs.

Whatever the case may be, it seems that a potential Big 3 of KD, Kyrie, and Simmons now seems like a mouthwatering prospect that, unfortunately, we will never get to see. Or will we?

ESPN’s NBA guru Briand Windhorst recently talked up the possibility of Simmons playing a major role with the Nets this coming season. It did come with a very big caveat, though, which came in the form of both Irving and Durant staying in Brooklyn beyond this summer. In this best-case scenario, however, Windhorst firmly believes that the Nets would be a very scary squad (h/t Charles Eluemuno of spotrskeeda):

“There’s been some concept that Ben Simmons could play center for this team this year. And when you think about those lineups, we’d have Simmons at center, and he could be protected by Durant and Kyrie and Seth Curry and Joe Harris. That would be one of the most potent shooting lineups that you could ever see.

“And you could have Simmons defend (the) center position and then potentially be the creator or work in pick and roll with any of those guys, spreading the floor. I mean, that’s terrorizing stuff.”

That’s actually an excellent argument from Windhorst, but the fact of the matter is that there are so many moving parts here. KD’s trade demand is one thing, while Kyrie’s immediate future with the team serves as another. And then there’s a matter of Ben Simmons’ health, who for his part, has not even played a single minute for the Nets since he forced his way out of the Philadelphia 76ers.

What cannot be denied, however, is that this potential Big 3 would indeed be a joy to watch.