Denver Broncos general manager John Elway made many headlines last week when he voiced that Colin Kaepernick had his chance to previously play with the team but decided to turn down that opportunity.

These comments have made it back around to Kaepernick’s attorney, Mark Geragos, who has voiced that he believes that Elway has violated the collusion case by speaking what was stated during his appearance in court, according to Michael David Smith of Pro Football Talk.

“Mr. Elway, clearly he violated the protective order that the NFL has been wielding like a club at me. And he’s apparently suffering from some real brain trauma,” Geragos said.

It is still a fluid situation that Elway has discussed openly now that he has stated what he essentially stated in the courtroom. However, the more concerning matter is that these comments have been misconstrued as they have been perceived as the team offering Kaepernick a deal after his decision to kneel when in fact this came prior to all of that occurring. This potential offer to join the Broncos came shortly after the team had won the Super Bowl with Peyton Manning retiring. 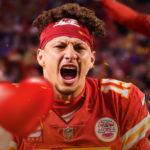 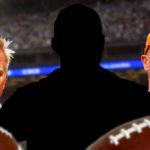 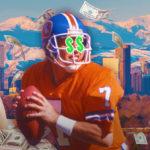 This had left a significant void under center for the team and Colin Kaepernick had come up as a possibility given that he’s a proven quarterback that has taken his team to the Super Bowl in the past and had much postseason success. This was at the time back when he had a decision to make in terms of his contract of whether picking up the option on a deal that was eventually restructured. The Broncos were also asking Kaepernick to take a significant pay cut with his signing bonus to which he elected to stay in San Francisco.

Nonetheless, there could be much more on this front with Elway in the coming days in light of his recent comments concerning the situation.