Josh Gordon reinstated, could be eligible to play by Week 4

Here we go again. The NFL has officially reinstated wide receiver Josh Gordon after he worked hard to make his way back to the NFL. And according to Adam Schefter of ESPN, Gordon could be eligible to play by Week 4 of this NFL season.

NFL informed suspended former All-Pro WR Josh Gordon that it is reinstating him, sources tell ESPN. Gordon is expected to be eligible to play as early as Week 4.

Gordon has been back and forth after being suspended and reinstated before. He then went to the FCF (Fan Controlled Football) and played alongside Johnny Manziel in the unique league.

Now, Gordon is eyeing an NFL comeback, and perhaps teams pick up the phone and take a flier on the veteran. Gordon’s new agent, Zac Hiller, spoke on the comeback.

“We are grateful that the NFL appreciates the work that Josh put in and now he has earned another opportunity to be part of this league. We are proud of Josh, and I know all the fans can’t wait to see him on Sundays.” 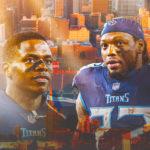 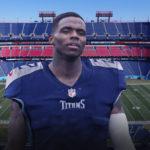 Josh Gordon signing with Titans, but there’s a catch 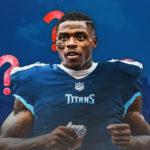 Whether or not Gordon winds up in an NFL team remains to be seen, but it might be a possibility of a team at least bringing him in for a workout to see if the talent is still there. When he was with the Cleveland Browns, he was dominant but has faced many issues since then.

All in all, once again Josh Gordon has returned.