After a memorable first full season with the Denver Nuggets last season, Aaron Gordon has been working hard in the summer to make sure that he makes a significant impact on his team yet again in 2022-23. As it turns out, Gordon has also been working on his music.

The 26-year-old recently shared a video of himself singing an original composition that is addressed to his haters. Gordon was shirtless too, as he showcased his enviable chops in what could easily become a summer hit:

Aaron Gordon has a message for his haters, he high af too lmao pic.twitter.com/3vMLgKAYgD

To be fair, Gordon does have a nice voice. Many of us know that the 6-foot-8 forward has been working on his career as a rapper, but probably not a lot were aware of his angelic voice. His message, however, was nothing heavenlike.

The caption of the tweet did mention that source thought Aaron Gordon was “high af.” I’m not entirely sure about that, but given the theme of all this, I wouldn’t be surprised if this assessment was accurate.

Gordon played 75 games for the Nuggets last season, averaging 15.0 points on 52.0 percent shooting, 5.9 rebounds, and 2.5 assists, while also connecting on 1.2 triples per game at a 33.5-percent clip. He signed an extension with Denver before the start of the 2021-22 campaign amounting to $92 million for four years. 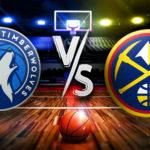 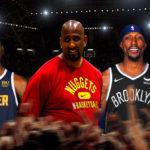 Gordon isn’t exactly a star, but he has been a key cog for the Nuggets since he arrived with the team. It will be interesting to see how the return of Michael Porter Jr. and Jamal Murray will impact Gordon’s role with the squad this coming season.