Patriots’ Matthew Slater, Devin McCourty speak out on what Bill Russell did for Black athletes following his death The Boston Celtics legend, who passed away at 88, was an inspiration to athletes and activists around the world, including New England Patriots veterans Devin McCourty and Matthew Slater. Following Monday’s Patriots training camp practice, the two veterans shared how the Boston sports icon impacted their lives. Slater gave Russell credit for helping pave the way for Black athletes in American professional sports.

“It’s really hard to put into words what a man like Bill Russell has not only obviously meant to this city, but has meant to professional sports, has meant to Black athletes and the progress we’ve seen in this country over the last 60 years or so,” Slater said. “When I think of Bill Russell, I don’t necessarily think of the championships or the Celtics and the winning, which is a legacy I think that speaks for itself. I think of Black athletes.

“I’m a beneficiary of the actions of men and women like Bill Russell, who were willing to step out on a limb and advocate for Black athletes and Americans and really push for change and equality. I can’t imagine some of the things he had to go through, especially earlier on in his life and his career. The reality is he wasn’t really even seen as a full citizen when he started his career and certainly when he started his life. You really think about that, just a couple of generations removed from Black Americans being viewed as less than American. When I think about Bill Russell, I celebrate that part of his legacy more than anything else.”

"I'm a beneficiary of the actions of men and women like Bill Russell who were willing to step out on a limb… and really push for change, push for equality."

Matthew Slater reflects on the legacy of Bill Russell pic.twitter.com/8MLaHclsHU

Slater remarked Monday that he was probably one of the very few players on the Patriots who are old enough to have parents grow up in the segregated South. Slater connected the racial struggles that Russell faced growing up in the segregated South to his father, former Rams star and Hall of Famer Jackie Slater. Slater credited athletes like Russell for helping create a path for his father’s football career.

“He didn’t go to integrated schools until he was in 10th grade. Went to an HBCU in Jackson State. He only went to school with whites for two years,” Slater said of his father, who grew up in Mississippi. “Then he gets drafted by the Rams in California and he’s scared to death. He didn’t know what it was going to be like and what he was going to be treated like. He hadn’t had white teammates since high school and that experience was not a good one. I can assure you of that.

“To look at guys like Bill Russell and [Wilt] Chamberlain, [Muhammad] Ali, Jim Brown and Jackie Robinson, who pushed the needle for Black athletes and broke barriers, he was certainly an immediate beneficiary of that as a rookie in 1976. I know how thankful he is for all those men for making the situation what it was for him. To see that type of change in his lifetime has really blown him away. He’d be the first to tell you he appreciates Bill Russell more than any of us.”

McCourty shared that Russell was an idol of his, reading stories about Russell and articles Russell wrote because he’s “to emulate it and follow in his footsteps.”

“Just his willingness and vulnerability to be very open about what he went through, and wanting change, and I think as an athlete who plays in this area, I drew a lot of inspiration and motivation from how he viewed things,” McCourty said. “And the road that he paved for Black athletes to be able to be successful in this city and sports in general.

“I think that’s what — all of us here — we strive to be like Bill Russell. On the day that he’s gone I think it’s great to be able to talk about him, his sacrifices, and what he meant, obviously to basketball, but to all sports.”

"As an athlete who gets to play in this area, I drew a lot of inspiration and motivation from how he viewed things and the role he paved for Black athletes to be able to be successful."

Slater, who has been awarded for his sportsmanship and his work in the community in the past, believes all athletes have “a responsibility” to help pave the way for the future, like Russell did, which can help build a better society.

“I’m a firm believer that progress is possible no matter the circumstances,” Slater said. “People can change their hearts, their beliefs, their views. They can come together. As a Christian, I believe there’s a reason for that.

“The fact that I’m standing here in 2022 and I’ve been welcomed in this community the way that I have, it speaks to the progress that we’ve made in Boston and New England. Certainly, there’s room for improvement, but we should certainly celebrate Bill Russell and the progress that has been made on a social scale and men like him paving the way for that.” 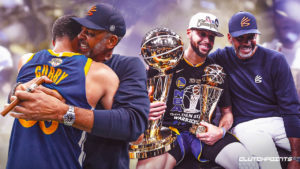