Paul George‘s camp has informed several teams that no matter where he goes in a trade from the Indiana Pacers, he’ll be a rental player, according to Adrian Wojnarowski of The Vertical.

This comes in efforts to discourage other teams trading for him, as they may get no assurance of a possible extension with them.

George’s preferred (and now seemingly demanded) destination is with his hometown Los Angeles Lakers, a rumor that has gone from a possibility to a virtual reality at this point, given the actions George has taken with the media and the team.

The Pacers have lost all possible leverage and there’s no one benefitting from it more than the Lakers, who might as well trade him for a bag of unsalted peanuts given how Indiana fears to lose him for nothing next offseason. 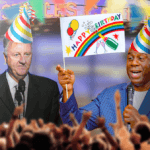 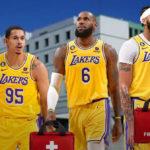 Now that his trajectory is nearly set in stone, it’ll become a matter of whether the Pacers can pry more in return for the All-Star swingman, or if the Lakers are willing to drag this out until the All-Star Break, which could lower George’s price even more by then.

Several other teams have put in their dibs on Paul George, including the L.A. Clippers, the Houston Rockets, the Washington Wizards, and the Cleveland Cavaliers — with this information from their camp, all of those teams are likely to slowly pull away from George and aim their scope to other plausible and more flexible free agents.