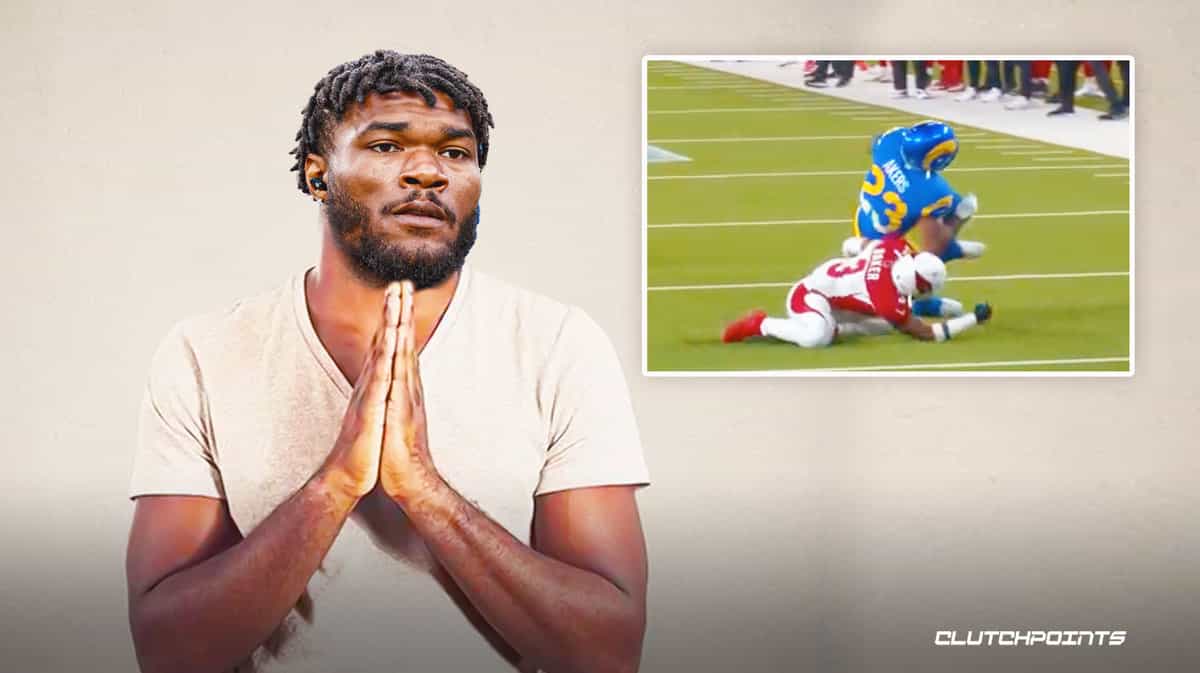 After figuring into a collision with Budda Baker during Monday’s Wild Card game, Los Angeles Rams running back Cam Akers took to Twitter to show his concern for the Arizona Cardinals safety.

To recall, Baker had to be carted off the field following his third-quarter head-first collision with Akers. He was assessed with a concussion and had to be ruled out for the rest of the game.

After learning of the injury to the Cardinals star, Akers sent his prayers for his fellow NFL player. He also admitted he “didn’t know he was hurt after the play” before highlighting he has “nothing but respect for him.”

Prays up to Budda 🙏🏾 . I didn’t know he was hurt after the play but I have nothing but respect for him .

Below is the full video of the incident that led to Baker’s injury. He was trying to tackle the Rams RB near the end zone, but instead hit his head and shoulders. As can be seen on the replay, Baker’s hand stiffened–which raised concerns among fans and experts alike.

Fortunately for the Cardinals, Budda Baker had movement and feeling in all extremities. He has since been taken to hospital for further evaluation, but in a bit of good news, he’s reportedly alert and communicative, and has no lost feeling.

True enough, the freak collision in the Rams-Cardinals game is an accident. After all, Cam Akers himself knows how difficult it is to come back from injury,

Hopefully, Baker recovers quickly and rejoin the Cardinals as they try to get back up from their latest playoff defeat.