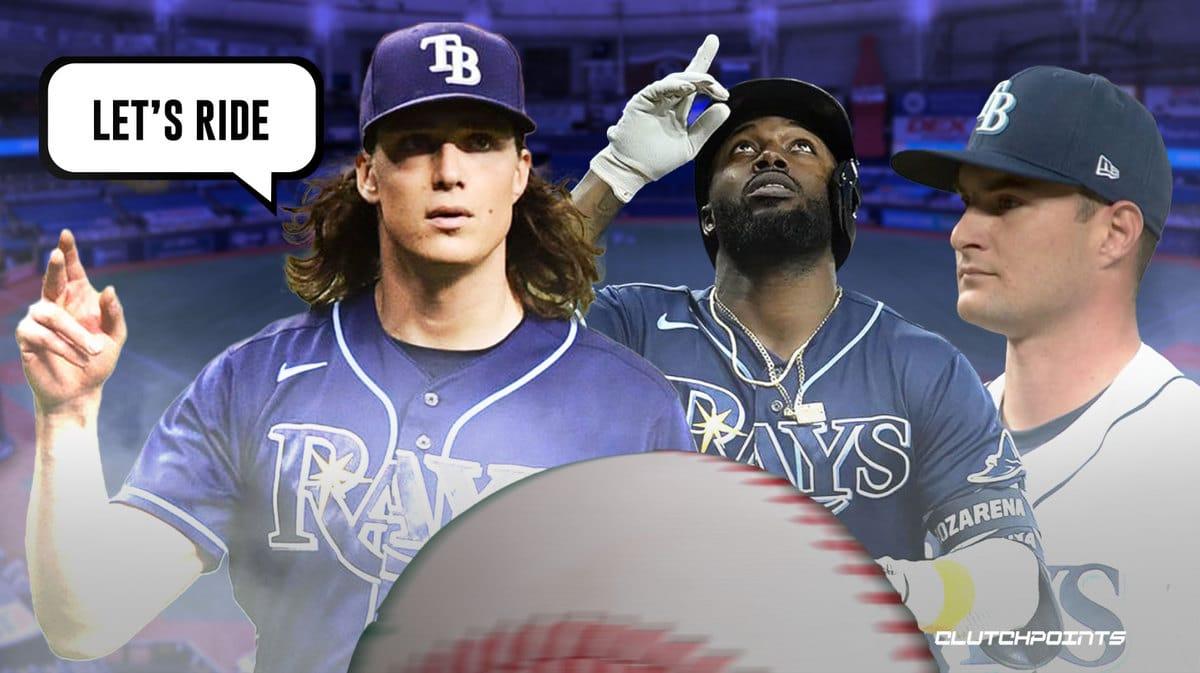 There was a real chance that Tyler Glasnow was going to miss the entire 2022 MLB season after undergoing Tommy John surgery last year. But with a little more than a week remaining in the season, the Rays’ fire-throwing right-hander is set to return, per MLB Network.

Rumors have swirled around Tyler Glasnow’s return for months now. But nothing was set in stone. Glasnow set a loose timeline for his return last week, but the Rays officially decided to bring him back this week. He is set to pitch for the Rays on Wednesday against the Cleveland Guardians.

MLB Networks’ Jon Morosi discussed Tyler Glasnow’s return to the Rays ahead of the MLB playoffs.

“This is very important news,” Morosi said, “because of what Glasnow means in the Wild Card race and to the Rays specifically. First of all, it’s great news for him. He is back in the major leagues as of tomorrow for the first time since last June.”

Tyler Glasnow was making an early season Cy Young case for Tampa Bay in 2021. But as Morosi stated, his campaign came to an early end.

“He’s been building back in the minor leagues,” Morosi continued. “An ERA under two over four minor league appearances so far this season.”

Morosi added that Tyler Glasnow won’t be ready to pitch 6-7 innings yet. He expects Glasnow to give Tampa Bay 2 or more innings and could serve as an opener of sorts.

The Rays could utilize Glasnow as a starter in the MLB playoffs. However, they may opt to use him as a multi-inning reliever out of the bullpen. Either way, his presence is going to benefit this ball club.