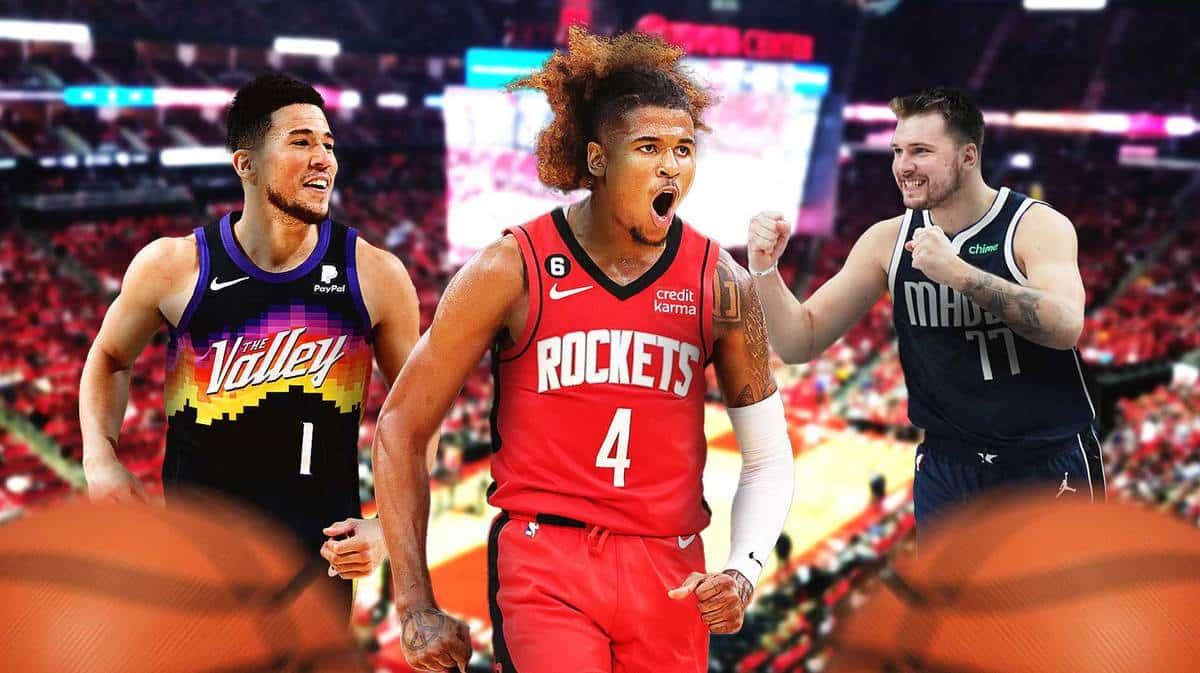 The Houston Rockets drafted Jalen Green second overall in the 2022 NBA Draft for one primary reason: the young guard’s scoring potential is through the roof. For a team in the early goings of its rebuild, drafting someone who can put the ball through the hoop with the best of them is of utmost importance as they try to return to playoff relevance.

By and large, Green has delivered for the Rockets even if his scoring exploits still haven’t translated consistently in the win column.

In the Rockets’ latest win, a 134-127 victory over the Orlando Magic, Jalen Green was on fire, scoring 34 points on an efficient 12-18 from the field (with five triples) to spur Houston to victory. And in the process, the 20-year old guard, who won’t be turning 21 until February of next year, joined the likes of Luka Doncic, Devin Booker, Anthony Edwards, LaMelo Ball, and Kyrie Irving in elite scoring company.

According to StatMuse, Green is only the sixth guard in NBA history to score at least 30 points 10+ times before turning 21.

Guards in NBA history with 10 30-point games before turning 21:

That is some impressive company to say the least, and Rockets fans will be pleased to see their prized guard be held in that high a regard. Luka Doncic is already one of the five-best players in the NBA, while Devin Booker has led his team to the NBA Finals as the number one option after years of toiling away for bad iterations of the Phoenix Suns. Meanwhile, Anthony Edwards and LaMelo Ball are two of the most coveted young guards in the association, and despite Kyrie Irving’s off-court issues, he has always been an All-Star level contributor on the court.

After scoring his season-high in points, Green is now averaging 20.8 points, 4.0 rebounds, and 2.3 assists per game on the season, and as he continues to get a better feel of the game as he grows into the league, the Rockets will also expect those playmaking numbers to improve, especially knowing the hardwork he puts in on a daily basis. Nevertheless, his continued quest to improve his scoring efficiency will dictate just how high his star could go.