With less than a week left in the regular season, rumors of LeBron James’ next destination are aplenty, and the mystery involving The Decision, Part II has just about every team salivating at the thought of acquiring him.

San Antonio Spurs forward Danny Green wasn’t the exception, knowing James’ fondness for head coach Gregg Popovich and his body of work — he was asked if he saw a fit for The King with his team.

“Obviously, they’ll make it work. They’ll find a way, I’m sure. I think he’ll fit in perfectly,” said Green as a guest in Chris Broussard’s “In The Zone” podcast. “For him, not just us, but any team where they have good coaching or a good organization or a good surrounding or a good foundation, I think we’ll take him in and a win a lot of games and also be a contender.”

Getting James in the offseason has gone from just a massive roster improvement into being an automatic ticket to the NBA Finals, having ended up there in the last seven seasons, while being part of the postseason in the last 12. 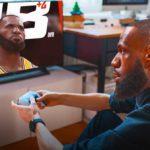 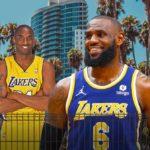 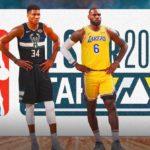 “He himself can make any team a contender,” added Green. “Being in the Spurs organization, obviously with Pop, and depending on who they’ll be able to keep. If they can still keep Kawhi and [LaMarcus Aldridge] and those foundational pieces, it would be interesting to see.”

The Spurs will likely have to let go of a salary commitment like Leonard to scoop up James from the free agent market — making him the most likely cog to go if the Spurs really choose to go after James, given that they play the same small forward position on the court.