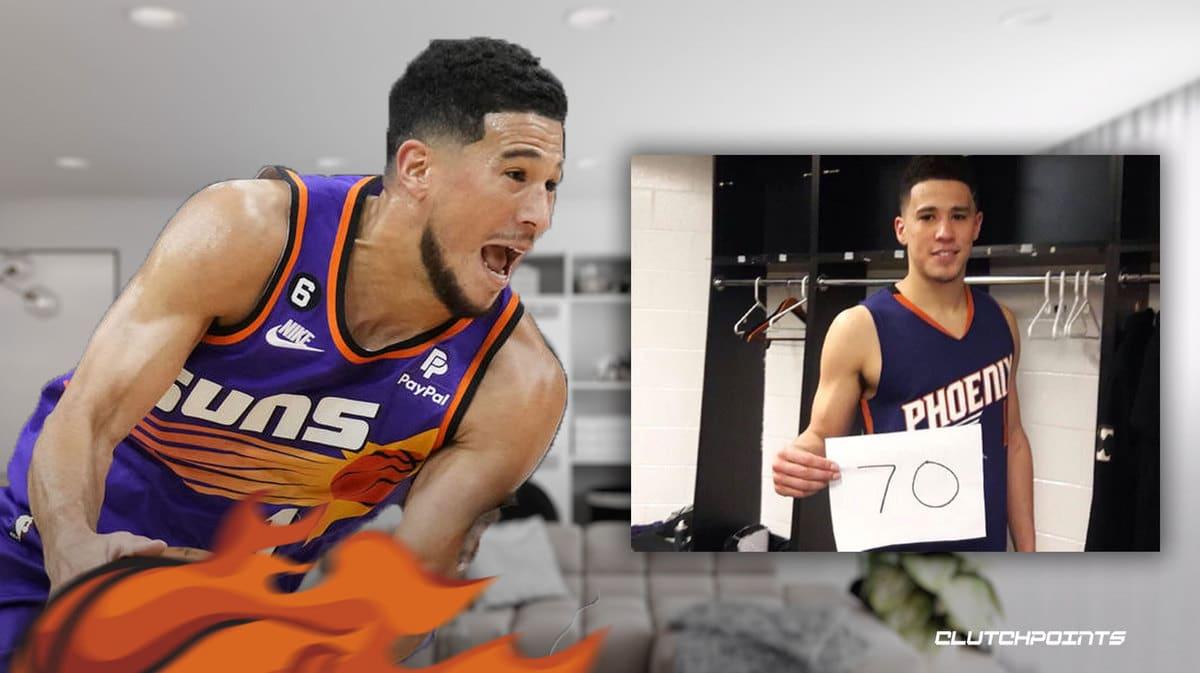 Devin Booker had one of the most efficient, volume-scoring games the league has ever seen. Through three quarters, Booker erupted for a season-high 51 points on a ridiculous 20-25 shooting from the field. DAs is usually the case with an offensive onslaught such as this, the Phoenix Suns ended up taking a huge, 106-81 lead over the Chicago Bulls into the fourth quarter.

However, that meant that Booker, unless the Bulls come back would remain glued for the rest of the game. And remain glued he was.

With the Suns up comfortably, Devin Booker rode the bench for the entirety of the fourth quarter. Thus, he was unable to add to what could have been an even more incredible scoring display. However, Booker knows that he and the Suns are playing the long game, and it’s not like it’s his first time to put up a 50-piece.

“It’s fine when I’m winning. I’ve been there before. I’ve had 50 before. So it’s not something I’m shooting for at all,” Booker replied when asked after the game about not returning to the court to add to his tally, per Gerald Bourguet.

Back in March 2017, the Suns did the exact opposite as Devin Booker went off for a career-high 70 points. The Boston Celtics were blowing the Suns out despite Booker’s scoring exploits, but that did not deter the Suns from letting Booker feast as much as he wants offensively. With the Celtics up by double digits in the dying embers of the game, the Suns tried to prolong the game with intentional fouls just to allow Booker to reach the illustrious 70-point mark.

Surely enough, Booker finished with 70 points on 21-40 shooting from the field, albeit in a 130-120 loss. (For perspective, Booker only made one more field goal during his 70-point game than his most recent 51-point effort.)

Nonetheless, the Suns franchise was in a different position back then. They were still in the middle of a long rebuild, and they will definitely take moral victories as often as they could. But Phoenix now has championship aspirations, and Devin Booker, of all players, knows that nabbing the win is more important than flashy scoring outputs.