Survival Guide: How to successfully navigate your NFL survivor pool

Survival Guide: How to successfully navigate your NFL survivor pool

With the advent of the football season nearly upon us, many football fans will be participating in one of my favorite games to play: the NFL survivor pool. If you have never played before, I encourage you to give it a shot! I will quickly explain the standard rules here.

Each week, you must pick one NFL team to win its matchup for the week in question. If the team you selected wins, you move onto the next week. However, if the team you pick loses, you will be eliminated from the competition. Here’s the catch: You can only pick each team once in the season.

This adds an extra layer to which strategy you should pursue. The Pittsburgh Steelers (@CLE) and New England Patriots(v.KC) are seen as the most likely winners in Week 1; however Pittsburgh and New England are two of the leagues most dominant teams, so using one of them so early will make selections in later weeks more difficult. For this reason, it might make more sense to use a weaker team with a more favorable matchup, such as the Buffalo Bills (v.NYJ).

The best players are able to successfully mitigate their risk on a week-to-week basis while preserving the selection of strong teams for later rounds when prudent. Depending on your pool’s specific configuration, how much risk you should assume each week can vary greatly. This makes a good transition to the first and most basic rule for success.

The differences between pools are normally minimal, but failure to process and abide by the rules can be devastating. For example, if you try to pick the Steelers to beat the Browns for Week 1 on Friday afternoon and you play in a pool where your selection locks at the time the first game kicks off (usually Thursday night), your survivor experience will be over before it even began. The only way your entry should ever die is when the team you pick loses, so make sure you set up a time each week to get your selection locked in.  Beyond the rules, your pool’s size is extremely significant in choosing a strategy. How you should approach a 2,000 player pool and an eight player pool are extremely different.

As a general rule, the smaller the pool, the less short term risks you should take. In small pools, do not be afraid to pick teams such as the Patriots, Steelers, Packers, Falcons, etc. early in the season to ensure that you aren’t knocked out early. It is possible to win without making it all the way to end of the season, so risking it on the Panthers, a decent team with a good matchup at home against the Bills in Week 2, isn’t really worth it when you can ensure survival to Week 3 by taking Oakland against the Jets.

In a larger pool, you should flip all the advice from above. You know you will have to make it all the way to the end to win, so saving elite teams, such as the Raiders, for later is extremely valuable. Furthermore, it makes a lot of sense to make contrarian plays on some weeks. It is likely that the Raiders are going to be the most popular pick in Week 2, so fading them and hoping they lose (wiping out half of the competition) is sensible here.

Always consider picking the team playing the Jets, especially when they are at home 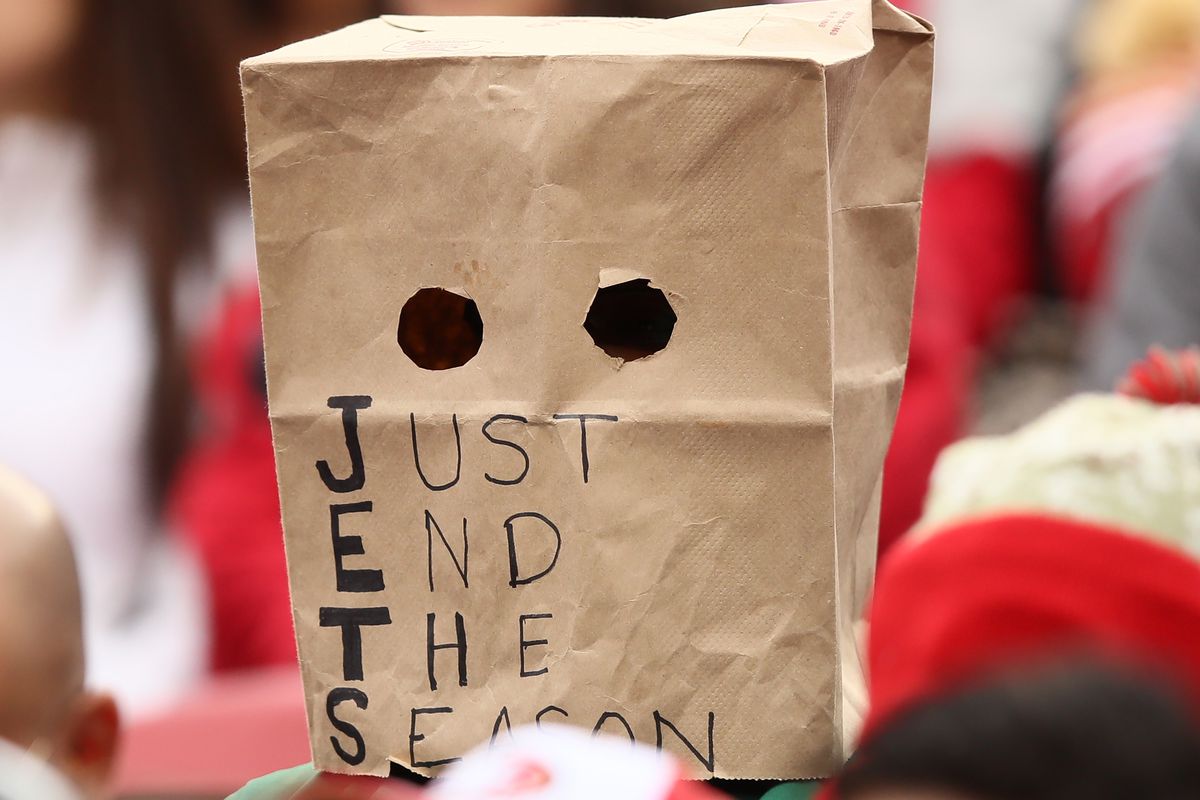 Picking against the Jets is never a terrible play (Getty Images)

There really isn’t too much to this one. The Jets are going to be atrociously bad this year, and I can say that with certainty. While other teams that are projected for low win totals, such as the Browns, Bears, and Niners have some reason for optimism, there is nothing positive going on for the Jets.

Normally, there is hope for every team at the start of the season, but Jets fans are already clamoring for the team to “Suck for Sam.” I expect the Jets to launch an NBA style tank this year with a run at 0-16 not out of the question. The only drawback to this strategy is that you can only pick the Dolphins, Bills, and Patriots once.

This strategy could also be used with those three teams listed above, but I’d tread more carefully, especially considering using mediocre teams.

Identify weeks where making a selection will be very difficult, and make sure the one easy pick is available for you to use that week

Forecasting an entire season is a double edged sword since we have incomplete information on how certain teams will be perceived at the end of the year. However, advanced planning is an absolute must, since failure to do so can result in you putting yourself in uncomfortable situations. Lets take a look at Week 11 for example.

This is going to be a very unpleasant week to play since many super strong teams are facing each other and will not be options here. The Patriots are up against the Raiders in Mexico City, the Steelers are on a short week against a very good Titans team, and the Falcons head up to Seattle. Even worse, our Jets crutch is on a bye (so is SF), and the Browns and Bears are at home against the Jaguars and Lions respectively, teams that can be inconsistent on a week-to-week basis.

It is important to recognize today that this is a week where limited options are going to be available, so make sure the best option is available by not using them in an earlier week. Therefore, I’d make a note to make sure that I have either Minnesota (v. LAR) or Green Bay (v.BAL) available here. While these selections are not as much of a stone cold lock as some weeks will be, these two teams clearly offer the best chance of survival this week.

Don’t fall in love with your preseason picks

It is a very good idea to go through the slate of picks each week and make a preseason pick for each week, but you have to be willing to adjust based on how the season is going.  For example, today I would feel very comfortable picking the Cincinnati Bengals to beat the Detroit Lions at home in Week 16.  Cincinnati is a team I expect to be very solid and finish around 10-6, while I expect Detroit to fall short of expectations since I still have questions about their secondary and ability to run to football. If I am right, Cincy could very well be playing for a wild card spot and/or a shot at the division while Detroit will have nothing to play for, making this pick all the more attractive.

However, both Detroit and Cincinnati are historically volatile teams, and the season outlook I think will happen could very well be reversed. Maybe Ameer Abdullah finally will break out while Jarrad Davis and Teez Tabor help shore up the pass defense. Perhaps, A.J. Green and Tyler Eifert get hurt again, taking the sting out of Cincy’s passing attack.

In this case, it’d be foolish to stick with this selection. Make your preseason picks but know that each week provides all of us with more complete information on the strength of each team in the league. Starting Week 2, you need to revisit your preseason pick and ask yourself if this is still logical.

The Michael Jordan Tequila: How good is it?