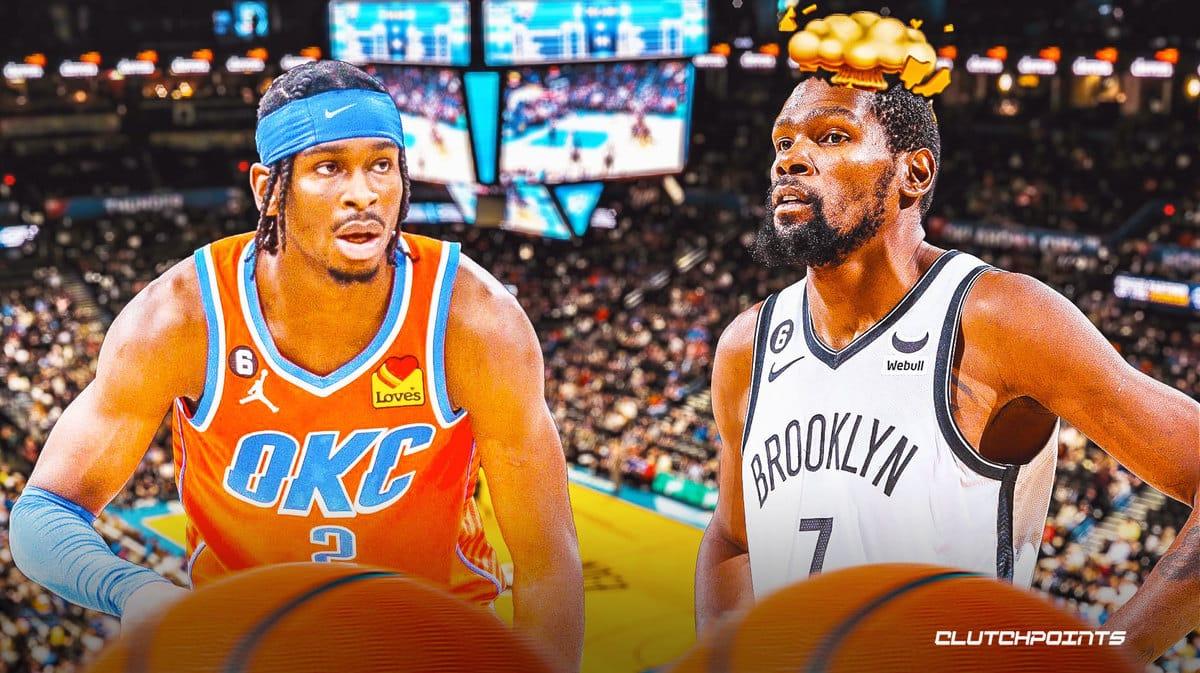 Shai Gilgeous-Alexander has Oklahoma City Thunder fans excited about their franchise player once again. Not long ago, the fledgling franchise’s fan base was feeling the same way for a young Kevin Durant.

Now an elder statesman, Durant sees big things in store for SGA and the young Thunder. In a recent appearance on his The ETCs podcast, KD was vocal about Gilgeous-Alexander and the team taking shape around him:

“The moves that he’s making, just like sharp, veteran-type moves. That’s just work,” said Kevin Durant on Shai Gilgeous-Alexander. “That’s just straight work and the mentality of like ‘this is what I want to do out here’. Once you add all that in a pot, it’s tough to stop.”

SGA has been one of the breakout stars this season, averaging over 31 points per game which ranks even higher than KD himself. Best of all, the Thunder are winning a few games while also staying much more competitive in contests compared to in years past.

“I think they’re going to keep adding. … By the time he’s 28, 29, you never know who could be on that team with the assets out there,” KD continued.

Durant also made it clear that OKC is far from a team with one superstar and a bunch of “nobodies”, giving credit to Josh Giddey, Lu Dort, Aleksej Pokusevski, and the injured prospect Chet Holmgren.

"I love what I'm seeing out there. That sh*t is just incredible to see the talent, just the way the game is being played. Like, man."

The Thunder have stayed patient in building around Shai Gilgeous-Alexander. Now Sam Presti’s plans are slowly entering their next phase.