The Minnesota Timberwolves faced a tough and streaking Houston Rockets team on Friday night on the road, looking to improve their 36-25 record post All-Star break.

It didn’t take long for the Rockets to continue where they left off, leading most of the way and completing a win that keeps them in the first place overall, just a half game above the defending champion Golden State Warriors.

Currently, the Timberwolves sit at the fourth spot, between overtaking the San Antonio Spurs for the third place and losing their current position to the Oklahoma City Thunder if they fall.

It turns out that’s the least of their problems when their best player and league minutes leader Jimmy Butler went down with an injury late in the game, looking like an all too familiar season-ending ACL knee injury.

While no information on Butler’s condition was not given immediately, the Olympic star seemed to give himself a self-diagnosis to his teammates while being carried off the floor. No audio is available but Butler appears to tell center Karl Anthony Towns that “it’s torn.”

That doesn’t mean what he says is accurate, at least for now according to Timberwolves PR who says his status will be updated by morning. 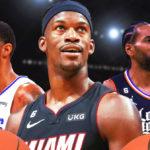 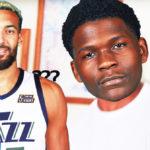 ‘What makes it a big one?’: Timberwolves star Anthony Edwards’ hilarious reaction to Rudy Gobert’s upcoming revenge game vs. Jazz 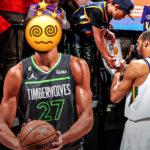 Postgame update from Thibs on Jimmy: Right Knee Injury, will be re-evaluated tomorrow with an MRI

According to The Vertical’s Shams Charania, the team performed an X-Ray after the game which came out negative, so there is but a sliver of hope that all is not lost.

Sources: X-rays on Jimmy Butler’s right knee returned negative tonight, with MRI scheduled tomorrow in Minnesota and some hope around the severity.