The pin features a very casual Popovich with an open-collared blue shirt looking at Sager closely with an arm wrapped around his back, while Sager is in a colorful patterned red suit with a salmon pink shirt — one of his most notorious tonal combinations.

A closer look at the pin Coach Thibodeau is wearing tonight in honor of the late Craig Sager. #SagerStrongpic.twitter.com/sHD9kpUCN6

The pin is as iconic now as the moment it represented — two friends coming together for a 20-second lapse where they can enjoy each other while doing their respective jobs.

Patti Lapel released this very pin earlier this year, with a portion of the proceeds going toward the Leukemia & Lymphoma Society. 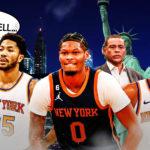 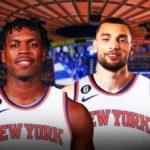 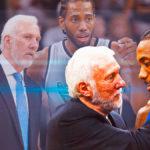