Retirement talks are once again looming for Tyson Chandler following the end of his one-year deal with the Houston Rockets in the 2019-20 season.

The 38-year-old center earlier admitted that the idea of hanging up his sneakers for good has floated around for a while, but he hasn’t made up his mind just yet.

“I’ll try not to get ahead of myself and I’ll wait for that moment to come,” Tyson Chandler said about his potential retirement.

Tyson Chandler didn’t really show if he can still provide quality minutes at this stage of his career, considering he stayed on the Rockets’ bench for most of the year.

The 7-foot big man only suited up in 26 regular-season games, tallying career-lows of 1.3 points and 2.5 rebounds in 8.4 minutes a night. Pundits expected Houston to field Chandler against the massive Los Angeles Lakers frontline in the second round of the 2020 playoffs.

That idea, of course, did not materialize as he was given a DNP in the Rockets’ 11 postseason games. It also didn’t;t help that Chandler plays like a traditional center, which is slowly becoming a dying breed in today’s modernized game.

Now in the twilight of his NBA career, Chandler would likely just sign with a strong title contender in hopes of getting his second NBA championship before he calls it quits. Granted he won’t be playing much given the milage on his aging body, Chandler would still provide a strong locker room presence needed to win a title in this league.

Unlike in seasons past where he was once considered a top free-agent prospect, Chandler would be lucky to get a veteran’s minimum this year. The one-time NBA champion, however, would likely still have some suitors looking to add size in their interior.

Let’s have a look at three of the most ideal landing spots for Tyson Chandler.

The Nets are widely expected to become instant contenders next season with superstars Kevin Durant and Kyrie Irving back to 100 percent. Brooklyn currently has its bigs department covered, with DeAndre Jordan and Jarett Allen anchoring the middle.

However, Allen’s name has been linked to multiple trade rumors in the Nets’ bid to acquire a third superstar. DJ, meanwhile, has dealt with several injuries over the last few seasons. Chandler should be a good (not to mention cheap) insurance piece for Brooklyn next season.

The one-time NBA Defensive Player of the Year winner is still a formidable post defender and rim protector that could bang bodies with the behemoths of the East. Durant and Irving would certainly appreciate having a proven vet in their bid to live up to the lofty expectations next season.

Chandler is also quite adept in the pick-and-roll during his Hornets days with Chris Paul. Irving, of course, is one of the best playmakers of this generation and Chandler would complement Uncle Drew’s strengths. The same goes for KD, who could use an enforcer like Chandler to have his back each night.

The Clippers do need some big bodies next year with the inevitable exit of Sixth Man of The Year winner Motrezl Harrell. Their experiment with Joakim Noah also did not work, so they might as well try their luck with Chandler.

The one-time All-NBA Defensive Team member was actually selected by the Clippers second overall in the 2001 Draft before dealing him to the Bulls for Elton Brand. Chandler is also no stranger to LA, having played for the Lakers in 2018-19.

Ivica Zubac has done a solid job as the Clippers’ starter so far, but no doubt he could develop further under Chandler’s mentorship. 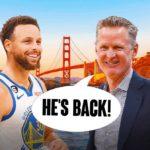 Plus, the Dominguez-high school product’s gritty personality fits perfectly alongside the Clippers’ current ensemble. The Clippers had the perimeter locked down last year with Kawhi Leonard, Paul George, and Patrick Beverley harassing passing lanes. Tyson Chandler could help shore out the paint and make the Clippers’ defensive unit even more formidable.

The Warriors obviously have their eye on more high-profile names in their big man search. Chandler, however, will be a good option if all else fails. Plus, the 19-year vet would likely be open to a huge pay-cut for an opportunity to join the storied Warriors franchise.

Dubs head coach Steve Kerr already admitted that his team needs all the help it can get with their current frontline situation. While the 38-year-old center is no longer the spring chicken he once was, Chandler still brings all the intangibles that Warriors centers possessed in the past.

During their dynasty, the Warriors always had lumbering giants like JaVale McGee and Andrew Bogut who can set screens, catch lobs, coral rebounds, and block shots.

That’s pretty much Chandler’s bread-and-butter throughout his entire pro career. The Warriors do play at a punishing pace and it remains to be seen if Tyson Chandler can keep up with this on a nightly basis. But if given limited but meaningful minutes, there’s no reason why Chandler can’t prosper in The Bay. 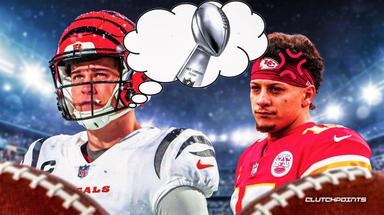