Vanessa posted a picture of herself rocking Gigi’s favorite heels: 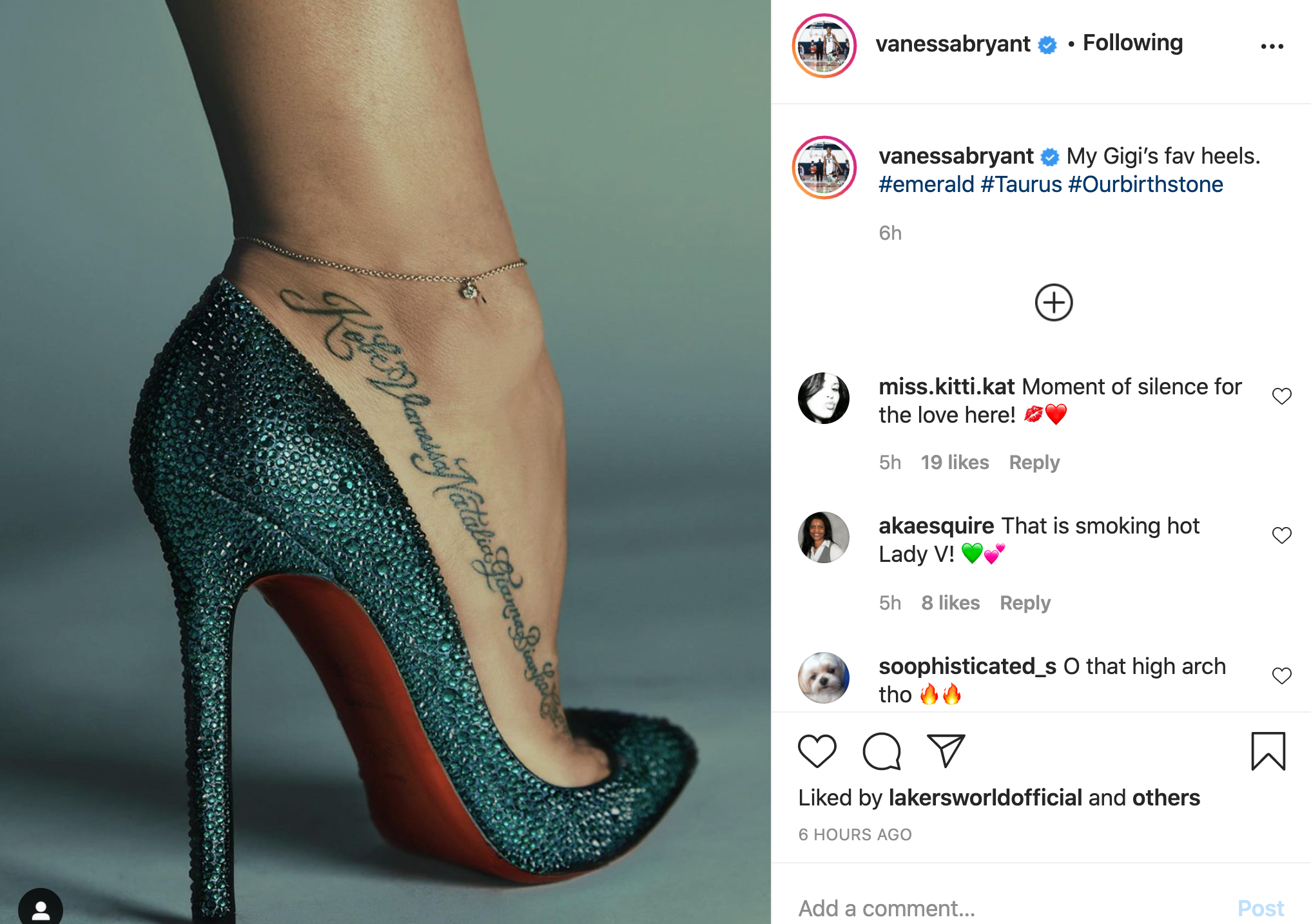 It has been nearly 10 months since Kobe and Gigi passed in the tragic helicopter crash, but their memory remains alive and well for Vanessa and the rest of the Bryant family. The world will probably never get over the Lakers legend’s death, and it still hurts all the more knowing we never saw Gigi eventually follow her father’s basketball greatness. Thus, it’s extremely difficult to imagine just how Vanessa is feeling day in and day out as she continues to cope without her loving husband and adorable daughter.

Vanessa has flooded her social media with multiple tributes to Kobe and Gigi. She recently just looked back on the day she first met the love of her life over two decades ago — 21 years to be exact. A month ago, Vanessa posted photos of their first Halloween without Kobe and Gigi. Vanessa, along with daughters Natalia, Bianka, and Capri, wore Star Wars-themed costumes for their first look and followed up with characters from the Madeline children’s book series.

Of course, Vanessa Bryant also congratulated the Los Angeles Lakers, the team her husband spent his entire 20-year Hall of Fame career with, for their 2020 NBA championship win in October. The 2019-20 Lakers dedicated the season to the late Lakers legend and even wore special Black Mamba jerseys throughout the playoffs as tribute.

With the 2020-21 season right around the corner, the Lakers will look to repeat as NBA champions for the first time since Kobe led the them to back-to-back title wins in 2010.

A few days remain for Hitman 3, here’s what you need to know

VIDEO: Warriors’ Kelly Oubre Jr. gets in trouble with referee after flying kiss to Lakers