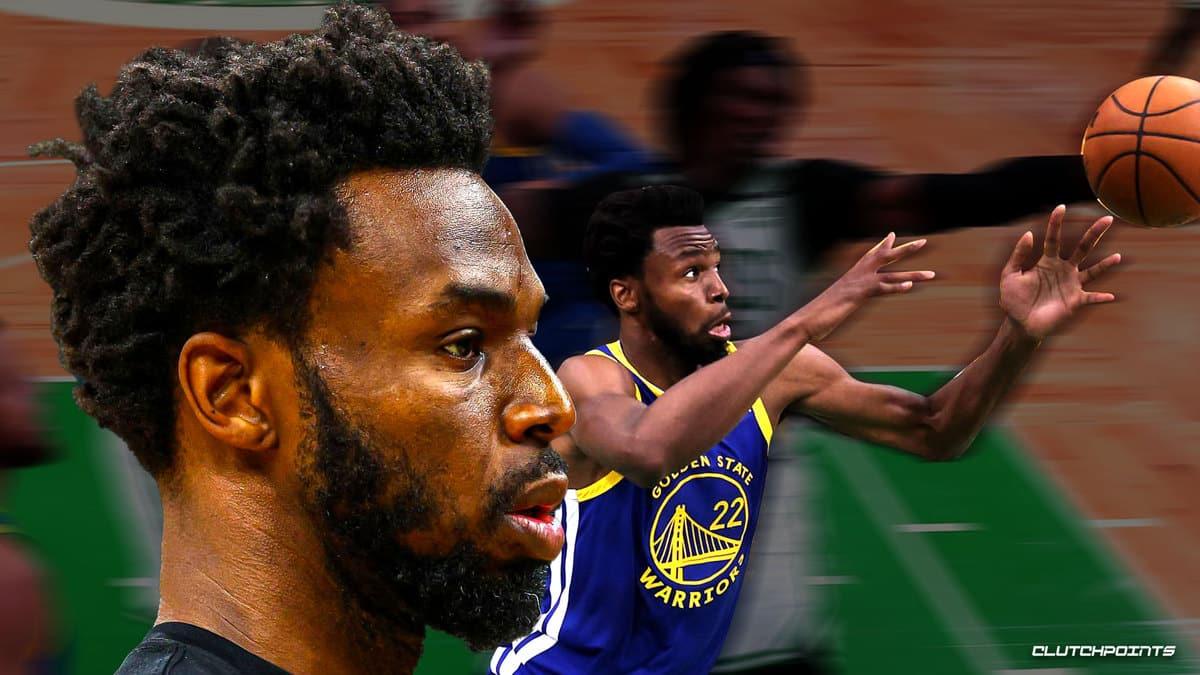 Andrew Wiggins was the beneficiary of fleeting NBA Finals MVP buzz mostly for his stellar individual defense on Jayson Tatum and ability to make the Boston Celtics pay for loading extra defenders toward Stephen Curry. But his career-altering performance en route to the Golden State Warriors’ fourth championship in eight seasons should be remembered most for the incredible improvement Wiggins made in another facet of the game entirely—one he now can’t believe failed to come sooner.

On the upcoming episode of Point Forward, a self-deprecating Wiggins opened up about his sudden rebounding prowess during Golden State’s title run.

“You gotta figure out different ways to get [the ball], so let me try and get my feet wet, go in there and rebound the ball,” Wiggins said of his playoff mindset. “And especially when we played small in the Memphis series and I had to rebound, I’m in there rebounding and I’m like, ‘This ain’t that hard! I can rebound!’ And from there I just kept with it. It helps us win, gives us more possessions, and I’m like, ‘I can do this.’ I’ll never average four rebounds again. I look back now like, ‘How?’ I wasn’t really thinking straight. I look back now, I don’t know how that was possible.”

Wait for it‼@22wiggins, NBA champ and rising All-Star, drops bars on the new pod, which comes out tomorrow.

Tap in to our channels now: https://t.co/1UbEyUendWpic.twitter.com/4jakmV41Eu

Wiggins has been criticized throughout his career for failing to leverage his otherworldly athletic gifts to their maximum, a deficiency most easily distilled by his paltry rebounding numbers.

The 6’8′ wing has still averaged more than 5.0 rebounds per game just once since entering the league as the No. 1 overall pick in 2014. Wiggins doesn’t have great hands nor the natural feel befitting elite rebounders, but still possesses every attribute needed to make an impact on the glass—and finally started doing it with the Larry O’Brien Trophy on the horizon.

He averaged 7.5 rebounds per game in the postseason overall, and led the Warriors with a whopping 8.8 rebounds per game against the Celtics, one of the biggest and most athletic teams in basketball. Before combining for 29 total boards in games 4 and 5 of the Finals, Wiggins helped Golden State right the ship versus the Memphis Grizzlies with three games of at least five offensive rebounds.

Some players are blessed with the ability to flip the switch. Wiggins is among them, and his light coming and staying on was an indispensable part of the Warriors’ championship. For Golden State’s hopes of winning even more rings before Curry finally ages out of his prime, here’s hoping it stays that way in not just 2022-23, but multiple years to come.